By Herbert Ward. A Voice from the Congo is British adventurer Herbert Ward’s equally sensational follow-up to his earlier Five Years with the Congo Cannibals. It is a more complete account of his experiences in the Congo in the late nineteenth century, and was published in response to the success of his earlier work.

After joining Sir Henry M. Stanley’s expedition to the Congo in 1884, the author organized transport services, going far into the interior to set up stations and recruit carriers. There, deep in Africa’s interior where he was often the first white men the locals had ever seen, Ward recorded in detail the culture he found, providing one of the first complete anthropological surveys of African life before the advent of colonialism.

This work provides many fascinating insights into how Congo basin African society was ordered: the chieftain system, the lives of ordinary villagers, and the dreadful fate of slaves, women, the elderly, and the sick—all of whom were regarded as of little value and often disposed of in the most brutal fashion.

Topics in this book include the African witchdoctor and his power over the natives; the involvement of Arabs in the African slave trade; the languages, culture, and weapons of the different tribes, and the rampant cannibalism which was a defining feature of many of the tribes he encountered.

Chapter VII: The Funeral of an African Chief

Chapter XI: The Tale of a Tusk of Ivory

Chapter XVII: The Impressions of Bulelu

About the author:  Herbert Ward (1863–1919) was a British explorer and artist who served with the British North Borneo Company before accepting an offer to serve with Henry Morton Stanley in the emerging Congo Free State. He later became a sculptor, and served with distinction in World War I, being awarded the Croix de Guerre. He died, partly as a result of war wounds, in August 1919. 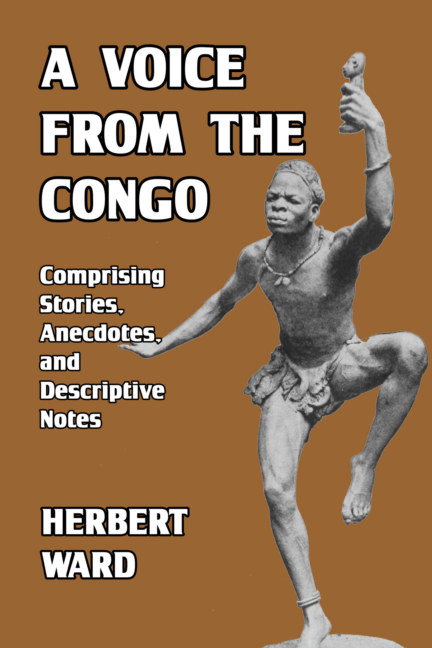 A Voice from the Congo