By Jacob Abbott. The story of England’s greatest king of all time is a tale of war, peace, bravery, learning, and strength of character—and, in the end, the victory of enlightenment over darkness.

Told by master storyteller Jacob Abbott, the tale begins with a discussion on racial origins—and an eye-opening, if brief, sweep of European racial history—before moving on to discuss the origins of the original Britons, the Anglo-Saxons, and the Danes, all of whom played important roles in British history over a millennium ago.

As always, Abbott is careful to distinguish confirmed fact from mythology, and is at pains to point out what is certain and what is not—bearing in mind that Alfred ruled a mere 800 years after Julius Caesar. From that basis, the story of Alfred is told from his early years onward, his crowning as king, the early battles—and defeats—and his ultimately successful defense against the Viking attempt at conquest.

This book also delves into Alfred’s numerous social policies which were pioneering at the time. His promotion of education, the building of roads and towns, and many other achievements—including the invention of the lantern—greatly accelerated the civilizational development of England.

The only monarch of the British Isles to be given the name “Great,” Alfred’s contribution to history towers above those of his contemporaries. It is not for naught that his name has eclipsed all other kings and queens of England for over one thousand years…

“Alfred spent his life in laying broad and deep the foundations on which the enormous superstructure of the British empire has since been reared. If the tales respecting his character and deeds which have come down to us are at all worthy of belief, he was an honest, conscientious, disinterested, and far-seeing statesman. If the system of hereditary succession would always furnish such sovereigns for mankind, the principle of loyalty would have held its place much longer in the world than it is now likely to do, and great nations, now republican, would have been saved a vast deal of trouble and toil expended in the election of their rulers.”

Chapter I: The Britons

Chapter IX: Reassembling of the Army

Chapter X: The Victory over the Danes

Chapter XII: The Close of Life 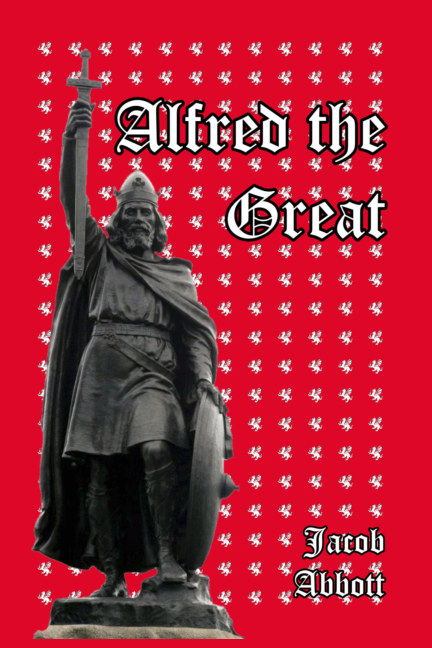