18 Views by The Editor

By Jacob Abbott. A dramatic and sweeping account from master storyteller Jacob Abbott, detailing the trials, tribulations, errors, and ultimate tragedy of Charles I (1600–1649), who achieved fame by becoming the only monarch of Britain to be executed after his country was plunged into a devastating civil war.

After detailing his early life’s adventures, including his unsuccessful attempt to marry a Spanish Habsburg princess, and his later marriage to the French Bourbon princess Henrietta Maria, Abbott provides the reader with a concise background to the origin of the English Civil War.

This work adeptly pinpoints the causes of Charles’s ultimate downfall: the odious influence of George Villiers, first Duke of Buckingham; his marriage to a Roman Catholic, which alienated many Protestants; his failure to successfully support the Protestant forces during the Thirty Years’ War; his attempt to force the Church of Scotland to adopt high Anglican practices (which led to the Bishops’ Wars); his quarrels with the Parliament of England over his royal prerogative, and the popular resentment against excessive taxes and his increasingly autocratic style of rule.

From 1642 onward, the increasing disturbances saw Charles plunged into the English Civil War, which pitted Royalists against Parliamentarians. For three years the battles raged back and forth across the land, and only ended with Charles’s defeat and surrender in 1645.

Even then, the drama was not at an end: Charles refused to agree to a constitutional monarchy, and escaped captivity in 1647. Re-captured, his increasingly diminished forces were finally overcome by Oliver Cromwell’s New Model Army, and Charles was put on trial for treason and executed in public in the center of London in January 1649.

His death marked the abolition of the monarchy in Britain and the creation of a republic called the Commonwealth of England. The monarchy would only be restored in 1660, when Charles’s son was made king.

This is without doubt the most readable account of Charles I’s life and the backdrop to the Civil War ever written.

Chapter I: His Childhood and Youth

Chapter II: The Expedition into Spain

Chapter III: Accession to the Throne

Chapter V: The King and His Prerogative

Chapter VII: The Earl of Strafford 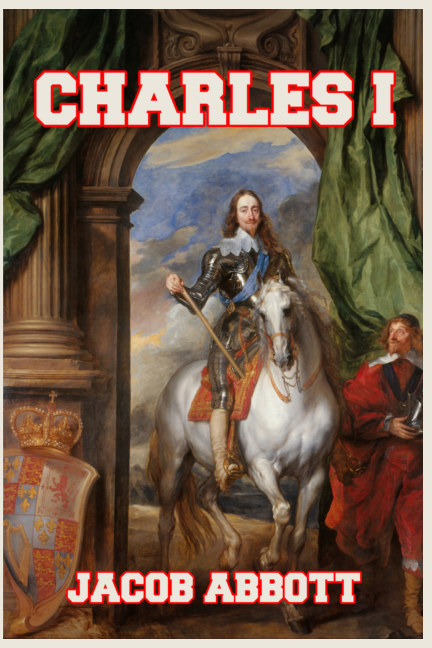