47 Views by The Editor

The first king to be properly elected by the National Assembly, his reign was based on the principle of union of king and people, and marked the first real shift away from the “divine right to rule” approach to kingship.

This sweeping work reveals many details not generally known about this momentous change in European politics, all the while keeping the reader’s attention by weaving together the story of Louis Philippe’s youth, his years of exile, the dramatic events leading to his appointment as king, his extended family and relations, and finally his steady decline in popularity until his own forced abdication and exile in 1848.

Regarded as a usurper by the aristocracy, but rejected by the masses because of the fact that he was made king by an assembly elected by only one hundred and fifty thousand voters—he was stalked by assassins at every step, becoming known as the “Target King.” Finally, caught between the conflicting demands of the aristocracy and the 1848 revolutions, he resigned and fled into exile once again.

“We may search history in vain for the record of any monarch so unrelentingly harassed as was Louis Philippe from the time he ascended the throne until he was driven from it. He was irreproachable in morals, a man who had seen much of the world in all its phases, sagacious and well meaning. But he was placed in a position in which no earthly wisdom could rescue him from the direst trouble.”

Chapter I: Origin of the House of Orleans

Chapter III: Wanderings in the Old World and the New

Chapter IV: The Tomb and the Bridal

Chapter VI: The Death of Louis XVIII, and Reign of Charles X

Chapter VIII: The Struggles of Diplomacy

Chapter X: The Adventures of the Duchess de Berri

John S. C. Abbott (1805–1877) was an American historian, pastor, and writer. He and his brother, Jacob, were some of the most prolific popular history writers of their era, and together produced dozens of works for their New York City based Abbott’s Institute of Historical Biographies. Although trained as a theologian, John’s success as a writer—which closely matched that of his brother—meant that he devoted most of his life to the written word. 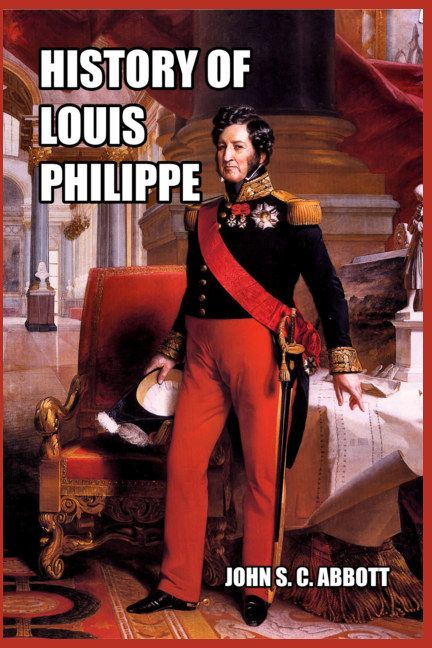