30 Views by The Editor

By John S. C. Abbott. The story of Louis XIV—the “Sun King” of France, is a gripping tale of royal grandeur, despotism, corruption, and moral degeneracy, which, in its very extravagance, laid the seed for the destruction of the French royal house and the infamous revolution of 1789.

During Louis XIV’s lengthy reign he engaged in what seemed to be a never-ending series of foreign wars, all the while furiously waging interreligious strife at home, as he ruthlessly suppressed Protestant dissent and political conspiracies.

His reign saw wars with the Dutch, the Austrians, and the War of the Spanish Succession, a conflict which ultimately spread to North America and involved almost every power on the European continent.

As if these wars were not enough of a drain on the economy, Louis XIV’s lavish court lifestyle also exhausted the treasury, and all of France suffered grievously as he and his nobles lived debauched lives with no thought of tomorrow.

Louis XIV’s successors would ultimately pay the price for his seventy-two-year despotic and careless reign, and it is, as the author notes, regrettable that those who plunged France into the misery in which it found itself, died peacefully in their beds, leaving others to be blamed.

“The thoughtful reader will perceive that in this long and wicked reign Louis XIV was sowing the wind from which his descendants reaped the whirlwind. It was the despotism of Louis XIV and of Louis XV which ushered in that most sublime of all earthly dramas, the French Revolution.”—from the Preface.

Chapter I: Birth and Childhood

Chapter IV: The Marriage of the King

Chapter V: Festivities of the Court

Chapter VI: Death in the Palace

Chapter VII: The War in Holland

Chapter IX: The Revocation of the Edict of Nantes 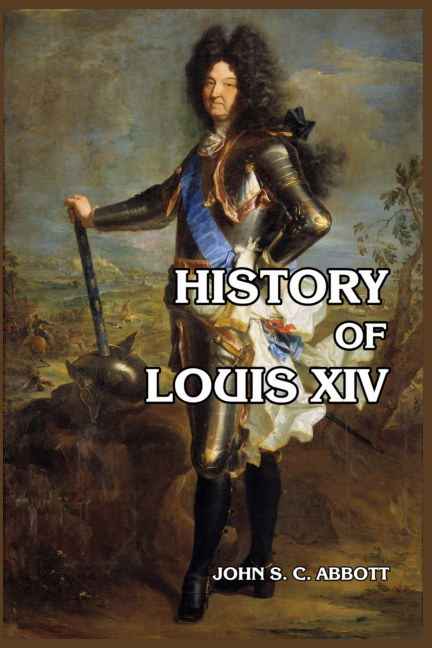