44 Views by The Editor

By John S. C. Abbott. The tragic drama of Maria Antoinette—otherwise known as Marie Antoinette—and her bloody end during the French Revolution has fascinated students of history from all over the world, but rarely have the full facts been so completely captured and mapped out as in this wonderful retelling by master storyteller John Abbott.

The fifth child of Holy Roman Empress Maria Theresa and Emperor Francis I, Maria Antoinette was married to Louis-Auguste, heir to the throne of France in 1770, in what was expected to be the beginning of a familial alliance between the Austrian and French royal houses. When her husband finally acceded to the throne in 1774, she became Queen of France and Navarre—and the most powerful woman in the land.

The author recounts how political and social events enveloped Maria Antoinette, who was plunged into political intrigues not of her own making and of which, in many cases, she was completely unaware. Abbott paints a sympathetic, but objective, overview of her life, and what could have been done differently—with the benefit of hindsight. The royal family’s attempted escape to Austria at the very height of the French Revolution however sealed her and her husband’s fate. Accused by the revolutionaries of treason and of loyalty to the Austrians, Maria and her husband found their titles abolished, were imprisoned, and ultimately executed.

This work, written only fifty-six years after the events, and at a time when Maria and Louis’ eldest daughter, Marie Thérèse, was still alive, remains one of the finest accounts of this bloody, terrible, and often misunderstood event in European royal history.

Note: This is not a “scan” copy but has been completely reset.

Chapter I: Parentage and Childhood

Chapter V: The Mob at Versailles

Chapter VI: The Palace a Prison

Chapter VIII: The Return to Paris

Chapter IX: Imprisonment in the Temple

Chapter X: Execution of the King

Chapter XII: The Princess Elizabeth, the Dauphin, and the Princess Royal 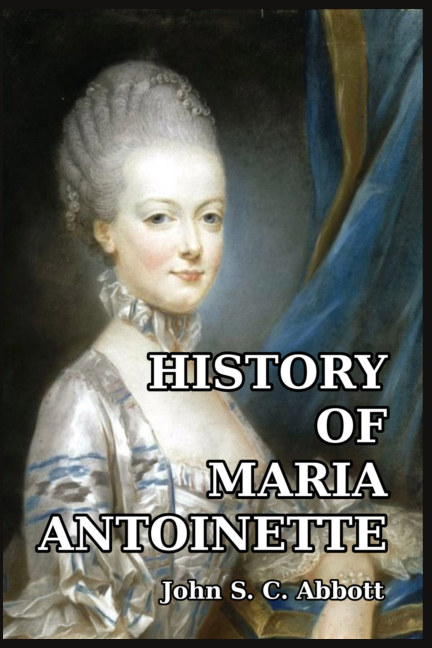