History of Darius the Great

56 Views by The Editor

By Jacob Abbott. The violent, bloody, and incredible story of Nero Claudius Caesar Augustus Germanicus (37–68 AD), who was Roman Emperor from 54 to 68, forms the basis of this highly readable and compelling work by master storyteller and popular historian Jacob Abbott.

Beginning with the previous emperors Caligula and Claudius, Abbott lays the groundwork for Nero’s early years and family background. Nero was adopted by his great-uncle Claudius to become his heir and successor, and succeeded to the throne after Claudius’s death.

The author is careful to make sure that all the details he provides are accurate and sourced—and then presents to the reader a whirlwind of drama, intrigue, amazing extravagance, and ultimately, madness, centered around the highest office in the Roman Empire.

As Nero’s personal behavior became more and more erratic, he accumulated endless enemies at home. This resulted in assassination conspiracies—all of them unsuccessful, but increasingly desperate and causing a spiral of retaliation and cruelty.

Finally, in 68, the rebellion of Vindex in Gaul, and later the acclamation of Galba in Hispania, drove Nero from the throne. Threatened with death by execution, Nero committed suicide, finally ending the Julio-Claudian Dynasty.

“In writing the series of historical narratives to which the present work pertains, it has been the object of the author to furnish to the reading community of this country an accurate and faithful account of the lives and actions of the several personages that are made successively the subjects of the volumes, following precisely the story which has come down to us from ancient times. The writer has spared no pains to gain access in all cases to the original sources of information, and has confined himself strictly to them. The reader may, therefore, feel assured in perusing any one of these works, that the interest of it is in no degree indebted to the invention of the author. No incident, however trivial, is ever added to the original account, nor are any words even in any case, attributed to a speaker without express authority. Whatever of interest, therefore, these stories may possess, is due solely to the facts themselves which are recorded in them, and to their being brought together in a plain, simple, and connected narrative.”

Chapter II: The Assassination of Caligula

Chapter III: The Accession of Claudius

Chapter IV: The Fate of Messalina

Chapter V: The Childhood of Nero

Chapter VIII: The Fate of Agrippina

Chapter XI: The Fate of the Conspirators

Chapter XII: The Expedition into Greece 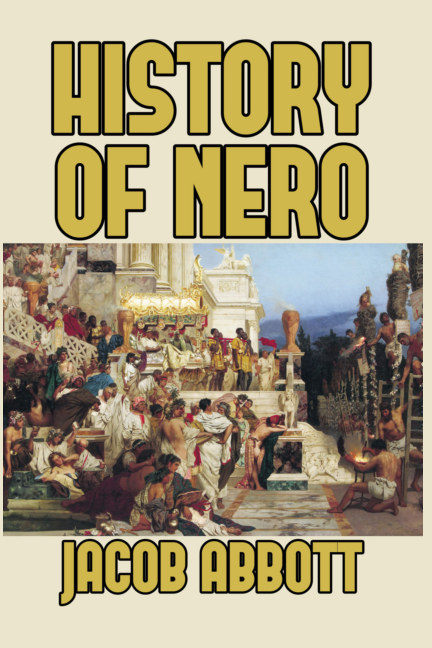 History of Darius the Great