38 Views by The Editor

By Jacob Abbott. More than just a marvelously-told history of the life of the founder of Rome, this work by storyteller extraordinaire Jacob Abbott shows how early historical accounts weaved fact and fiction into a founding story so appealing that it has persisted through the millennia.

Abbott pulls together the historical and mythological strands from all the existing accounts to set the stage for the founding of the great city of Rome by Romulus.

The story starts with the earliest legends and theAeneid, which tells of the destruction of Troy and the founding of the first settlements in the Italian Peninsula by fleeing survivors.

The story of Romulus and his twin brother Remus, children of Rhea Silvia, then takes center stage—with the author always careful to point out to the reader what is verifiable fact and what is myth.

The founding of Rome, its first government, the carrying off of the Sabine women, and the organization of the city-state are among the vast number of topics covered in this sweeping overview, which remains highly readable because of its personal focus on the life of Romulus.

In this way, the reader acquires a complete picture of Romulus while simultaneously being given a highly satisfying sweep of history, the importance of myth and historical accuracy, and the origins of the greatest of all of the classical civilizations.

“If Rome had not risen to the proud position of mistress of the world, the story of the half-civilized chieftain who founded the city would never have been written, and the memory of his exploits would have perished with him. At best the accounts of Romulus and his great ancestor Æneas are somewhat legendary in character; but they have been incorporated into the literature of every civilized nation on the globe.”

Chapter III: The Story of Æneas

Chapter IV: The Destruction of Troy

Chapter V: The Flight of Æneas

Chapter VI: The Landing in Latium

Chapter IX: The Founding of Rome 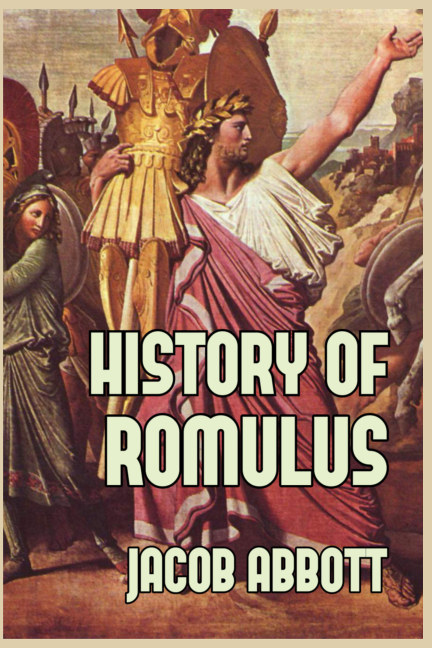