Cuchulain of Muirthemne: The Story of the Men of the Red Branch of Ulster

By Abbie Farwell Brown. A delightful retelling of some of the most loved and famous Norse tales—from the beginning of the world, and how Odin traded one of his eyes in exchange for wisdom, to the use of the god Kvasir’s blood to create the “Mead of Poetry,” and the cataclysmic intrigues with the Jötun giants.

Read here of the tales of Skadi, Loki and his evil children, Thor’s Quest, the dwarfs and their gifts, Balder and the mistletoe, and finally the captivity of Loki, awaiting the Ragnarök, or end of the earth.

An enthralling read which will provide old and young alike with new insights into one of the most majestic European mythological story sets.

“This book is made of the stories told by the Northern folk,—the people who live in the land of the midnight sun, where summer is green and pleasant, but winter is a terrible time of cold and gloom; where rocky mountains tower like huge giants, over whose heads the thunder rolls and crashes, and under whose feet are mines of precious metals. Therefore you will find the tales full of giants and dwarfs,—spirits of the cold mountains and dark caverns.”

About the author: Abbie Farwell Brown (1871–1927) was an American author who wrote over half a dozen works of mythology and poetry for adults and children. She also wrote the famous On the Trail song which became the official song of the Girl Scouts of the USA. She also edited the 20-volume “Young Folks Library” and was president of the New England Poetry Club before her untimely death at the age of 55 from cancer. 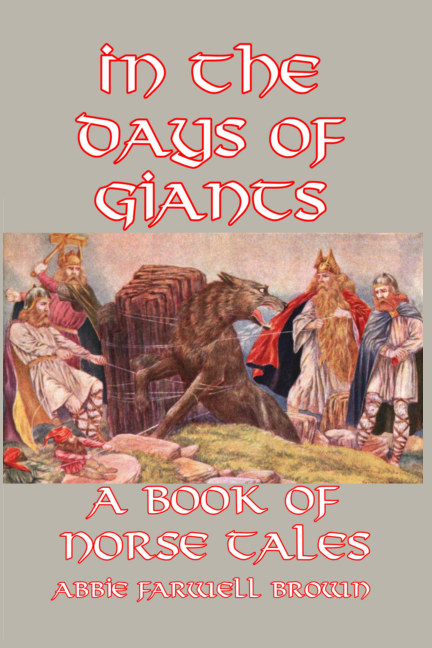 In the Days of Giants

Cuchulain of Muirthemne: The Story of the Men of the Red Branch of Ulster