31 Views by The Editor

By John S. C. Abbott. “Know the woman, and you will know the man” is a proverb oft-repeated, and nowhere is it proved truer than in this highly insightful biography of Josephine de Beauharnais (1763–1814), first wife of Napoleon Bonaparte and famous in her own right.

With his usual masterful flair, John S. C. Abbott provides the reader with a detailed description of Josephine’s dramatic life: her birth into a wealthy French colonial family on the island of Martinique, her first marriage into the noble de Beauharnais family—and of her first spouse’s execution during the Reign of Terror which accompanied the French Revolution. Josephine herself was only spared the guillotine after the overthrow of Robespierre, and a day before her own scheduled execution.

She met Napoleon in 1795, and although six years his senior, soon became his lover. Within two years they were married, and her rise in society accompanied that of her husband. Starting as wife of the First Consul of France, her fame and beauty became even more widespread when, in 1804, she was proclaimed Empress of France by Napoleon at a grand ceremony in the Notre Dame Cathedral.

This book does not however concentrate on her husband’s exploits, but instead focuses on aspects of Josephine’s life, activities, and interactions with the public which led her to become one of France’s most loved figures. Included are revelations about her influence over her husband—which extended to matters of state—and also their domestic arrangements, which became strained over time with Napoleon’s increasingly wide-ranging military adventures.

Finally, the book provides the details of Napoleon’s decision to divorce Josephine to marry the daughter of the Austrian emperor—driven by the need to produce an heir which Josephine could not fulfil. Napoleon’s regret at this action—and the heartbreak it caused Josephine—are fully documented, and her death only four years later saw her last recorded words being his name. A marvelous sweeping story of high drama, and intense emotions which will leave no reader unmoved.

Chapter I: Life in Martinique

Chapter II: The Marriage of Josephine

Chapter V: The Release from Prison

Chapter VIII: Josephine the Wife of the First Consul 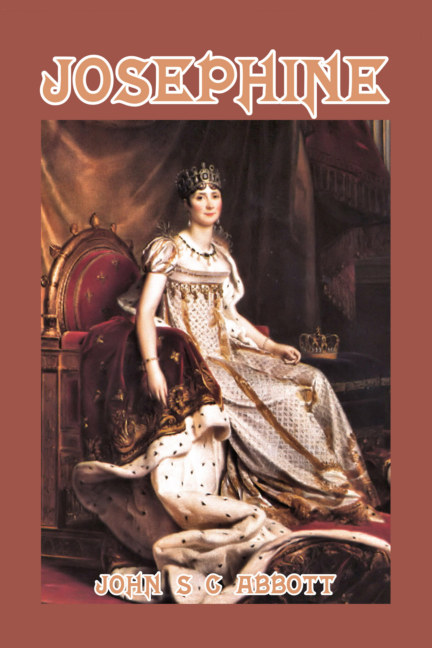