32 Views by The Editor

By Amy Steedman. Originally written for younger readers as an introduction to the world of the Italian Renaissance, this classic work takes the reader on an exciting personal tour of some of the greatest artists of that time period.

Much more than just a dry history of who painted what, Steedman’s book portrays each artist in personal terms, providing details of their lives, loves, highlights and low points.

The period of Italian Renaissance painting started around the late thirteenth century and flourished until the sixteenth, covering the periods scholars now call the Proto-Renaissance (1300–1400), the Early Renaissance (1400–1475), the High Renaissance (1475–1525), and Mannerism (1525–1600).

Drawing much of her material from the classicLives of the Painters, by Giorgio Vasari, Steedman gives readers young and old a concise and enthralling overview of Italian Renaissance painters and discusses their impact upon society and their enduring cultural legacy.

As Steedman writes in her introduction:

“Then came the time which is called ‘The Renaissance,’ a word which means being born again, or a new awakening, when men began to draw real pictures of real things and fill the world with images of beauty. Now it is the stories of the men of that time, who put new life into Art, that I am going to tell you—men who learned, step by step, to paint the most beautiful pictures that the world possesses.”

This edition has been completely reformatted to modern standards and contains all the original illustrations.

About the author: British author Amy Steedman wrote scores of books for children, many of which were used in home schools and private academies. They include In God’s Garden (c. 1905), Knights of Art: Stories of the Italian Painters (1907), Stories from the Arabian Knights (1907), Nursery Tales Told to the Children (1908), Our Island Saints (1912), The Madonna of the Goldfinch (1918), and David the Shepherd Boy (c. 1926). 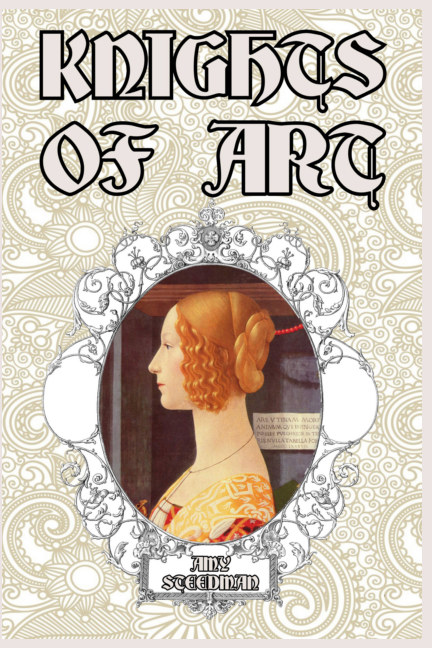