21 Views by The Editor

By Jacob Abbott.  One of the greatest kings of England who hardly ever set foot in that country, Richard I is remembered in history by his epithet Richard Lionheart, mainly for his incredible series of wars and military victories, both within Europe and in the European counterattack (known as the Crusades) which opposed Islamic aggression against Christian lands in the Middle East. Made king of England in 1189, Richard was actually French, and also ruled in Normandy as Richard IV, as well as holding supreme leadership in many other parts of France. His Muslim foes, however, just called him Malek al-Inkitar—“King of England.”

This astonishing story starts with the fascinating tale of his mother, and how by the age of 16, Richard had taken command of his own army, putting down rebellions in Poitou against his father, King Henry II. His greatest military feats came however as a commander during the Third Crusade, where he led the Christian counterattack against his Muslim counterpart, Saladin.

Dramatic events covered in this work include his campaigns in Sicily and Cyprus, the siege of Acre, and the monumental Battle of Jaffa, which brought an end to the Third Crusade and forced Saladin to grant access to Jerusalem to the Christians once again. By this time, Richard had generated many enemies at home as well, and this book ends with the story of his capture and ransom in Germany, before his return to England and death in 1199.

This is a riveting story of personal bravery, courage, betrayal and intrigue, set against the bloody backdrop of the Third Crusade.

Chapter IV: Accession of Richard to the Throne

Chapter VI: Preparations for the Crusade

Chapter X: The Campaign in Cyprus

Chapter XII: The Arrival at Acre

Chapter XIV: The Fall of Acre

Chapter XV: Progress of the Crusade

Chapter XVII: The Old Man of the Mountains

Chapter XVIII: The Battle of Jaffa

Chapter XX: The Departure from Palestine

Chapter XXII: The Return to England 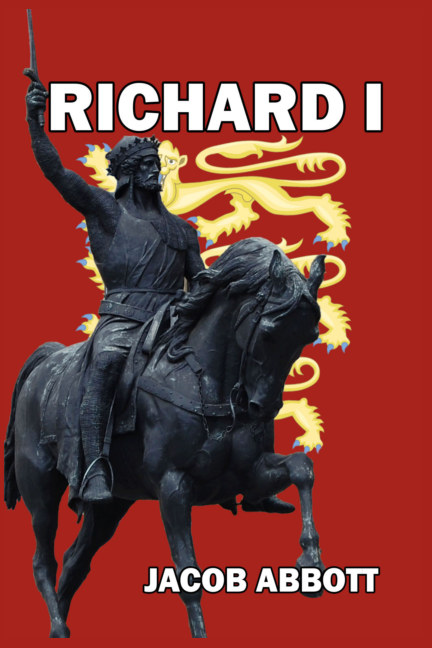