By Jacob Abbot. The story of King Richard II of England (1367–1400, reigned 1377 to 1399), as told by master storyteller Jacob Abbott. A son of the famous Edward, the Black Prince, he came to the throne at just ten years of age. During his first years as king, government was in the hands of a series of councils whose leading member was his uncle, John of Gaunt.

The first major event of the young king’s rule was the suppression of Wat Tyler’s Peasants’ Revolt of 1381.

However, courtiers prevented the young king from fully exercising power, and by 1387, government of the realm had been taken over by a council known as the Lords Appellant. By 1397, Richard had overthrown this council as well, but had acquired numerous internal enemies.

In 1399, one of these enemies, the exiled son of John of Gaunt, Henry of Bolingbroke, invaded England and seized the throne, imprisoning the hapless Richard II who was murdered a year later.

Richard’s posthumous commonly-held reputation has largely been shaped by Shakespeare, whose play Richard II portrayed Richard as a scoundrel whose overthrow by Bolingbroke was responsible for the later Wars of the Roses.

This book delves into the real Richard II’s personality, upbringing and actions, and provides a satisfying understanding of this tumultuous period of English history.

The Battle of Poitiers

Accession to the Throne

The End of the Insurrection

Incidents of the Reign 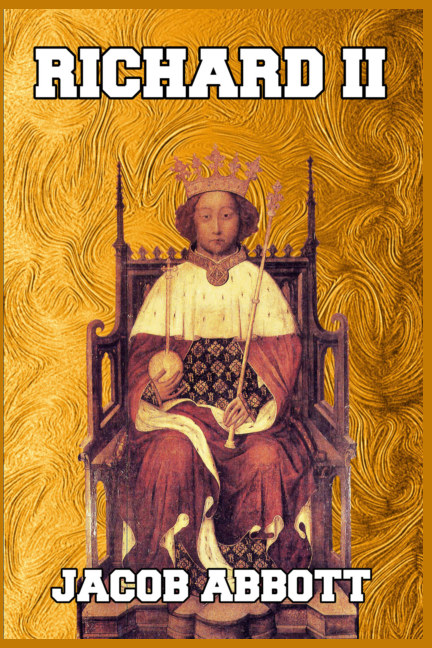