34 Views by The Editor

By Jacob Abbott. King Richard III of England (1452–1485) only occupied the throne for two years, but his death at the Battle of Bosworth Field marked the end of the thirty-year long Wars of the Roses and symbolized the end of the Middle Ages in that country. His life and death became entwined with intrigue and myth, spurred on by William Shakespeare’s dramatization of his life in one of the Bard’s most famous plays.

This enthralling account of Richard III’s life, retold by master storyteller Jacob Abbott, starts with his family background and the build-up to the Wars of the Roses, which saw the Houses of York and Lancaster lock horns over the succession to the throne. When Edward IV died in 1483, Richard, as his younger brother, was named Lord Protector of the realm on behalf of Edward’s son and successor, the 12-year-old King Edward V. This young boy-king, and his brother, however, disappeared under mysterious circumstances, allegedly murdered in the Tower of London, and Richard was declared king in terms of the rules of royal succession.

Linked by common gossip to the disappearance of the two princes, Richard’s reign was marked by continued civil unrest, culminating in the landing of Henry Tudor on the coast of Wales. Henry, who claimed the throne for himself, met Richard’s army in battle at Bosworth Field, where Richard was slain, making him the last English king to die in battle.

Henry Tudor was crowned king, and the Wars of the Roses were at an end.

Chapter VI: The Downfall of York

Chapter VII: The Downfall of Lancaster

Chapter IX: End of the Reign of Edward

Chapter XV: The Fate of the Princes

Chapter XVII: The Field of Bosworth 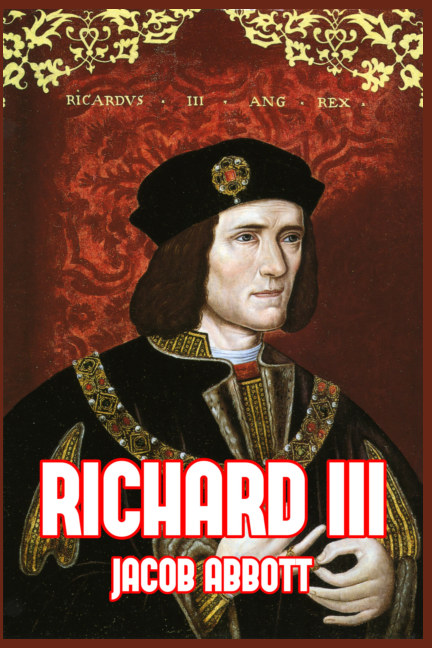