81 Views by The Editor

Although The Song of Roland is presented as part of the great war between the European Franks under Charlemagne and the Moorish invaders of Spain, it is a highly embroidered and romanticized version which is only very loosely based on real events. The Song of Roland unfolds as Charlemagne and his great army are fighting Muslim invaders in Spain, and follows the story of the great Frankish captain Roland until shortly after his death at the hands of a Muslim attack.

The events are based loosely on the Battle of Roncevaux Pass of 778 AD. Charlemagne’s army was withdrawing from Spain after campaigning against the Muslims, when the rearguard commander, Roland, was killed in an ambush set by a local Basque army.

The Song of Roland took these events and, mainly through oral tradition, romanticized them into a major conflict between Christians and Muslims—when in fact both sides in the Battle of Roncevaux Pass were Christian.

Nonetheless, The Song of Roland remains a major work of heroic literature, and this retelling is the perfect way to introduce younger readers to an important part of European culture and heritage.

Completely reset and hand-edited, and contains all the original illustrations.

About the author: Henrietta Elizabeth Marshall (1867–1941) was a British author, particularly well known for her works of popular national history for children. She was born in Scotland, and travelled extensively, writing on historical topics close to her heart. Her works include Scotland’s Story: A History of Scotland for Boys and Girls (1906), Beowulf: Translations (1908), Our Empire Story (1908), English Literature for Boys and Girls (1909), A History of France (1912),A History of Germany (1917), This Country of Ours (1917), and Kings and Things (1937). 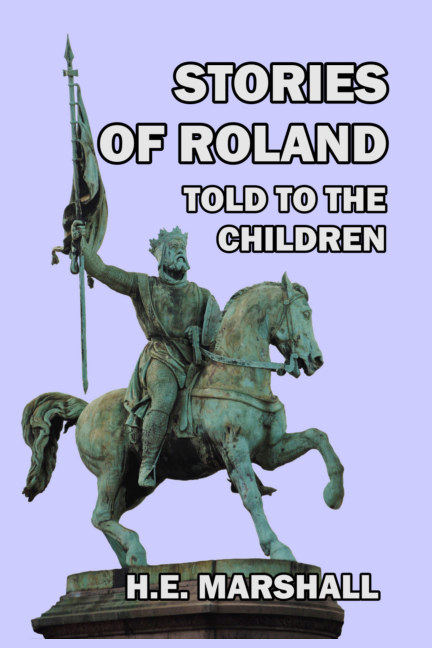