By William Wright. Decipherment of Hittite inscriptions by Professor Archibald Henry Sayce. Written by a senior biblical scholar at the British and Foreign Bible Society in London, this book has its roots in the author’s personal investigations of a series of inscriptions he discovered while on missionary work near Damascus in the Middle East.

Convinced that he had found the first reference to the Hittites outside the Bible, the author then produced the first major work on the Hittite culture, examining them in terms of their own writings, and those of the surrounding civilizations, Egyptian and Assyrian alike.

The book then moves on to an evaluation of the geographical extent of the Hittite empire, its art and learning, religion, and racial makeup:

“The sculptures show that the Hittites did not belong to a Semitic race. The features are rather those of a northern people, and on the temple of Ibsamboul the Hittites have a very Scythic character, with shaven head and a single lock from the crown. This peculiarity in the mode of dressing the hair is not seen on the Hittite monuments, but at Karnak and Thebes I noticed figures with the same type of feature as those on the monuments in Anatolia.”

Wright used the Bible as a reference point, but he also incorporated non-biblical references and sources, ensuring that the overview remained as accurate as possible, given the ancient—and often obscured—nature of the Hittites.

About the author: William Wright (1837–1899), an autodidact, missionary, and author, whose first excursion was in 1865 to Damascus where he spent ten years unsuccessfully preaching Christianity to Syrian Jews. During that time he acquired a knowledge of Arabic, studied the customs and topography of Palestine, and made expeditions in Syria and Northern Arabia. While in Syria he made casts of the Hamath inscriptions, and from further investigations came to the conclusion that they were Hittite remains and that a Hittite empire had at one time existed in Asia Minor and Northern Syria. On his return to England, Wright became editorial superintendent of the British and Foreign Bible Society, a post he retained until his death.

This edition has been completely reformatted.

Chapter I: Securing the Hittite Inscriptions

Chapter II: The Hittite Empire from the Egyptian Standpoint

Chapter III: The Hittite Empire from the Assyrian Standpoint

Chapter VIII: The Hittites from the Bible Standpoint 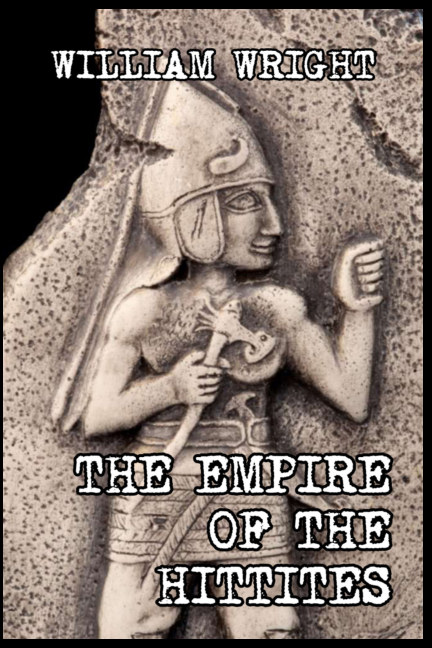