By A.H. Sayce. One of the first books to reveal in detail the history of the Hittites—a people once thought only to have existed in biblical references—this classic masterpiece of archaeological detective work was penned by Britain’s leading expert in ancient Middle Eastern languages.

The author starts with an overview of the biblical references to Hittites before moving on to actual archaeological evidence of their existence, from the writings and inscriptions of ancient Egypt to the Hittite monuments in the Middle East.

Much fascinating detail is revealed in this overview, including the remarkable facts that the double-headed eagle symbol—eventually adopted by the Byzantine Empire and Tsarist Russia—originated with the Hittites, as well as some of the oldest swastika symbols in the Middle East.

The narrative then delves into the history of the Hittite empire, which extended around the area then known as Asia Minor (present-day Turkey), their racial origins, and later dissolution into their Semitic neighbors.

This standard-setting work also includes an overview of Hittite religion, art, trade, and industry, to round off a window into one of the complex origins of the present-day Middle Eastern mix.

This edition has been completely reset and contains the original text and illustrations.

About the author: Archibald Henry Sayce (1845–1933) was a Professor of Assyriology at the University of Oxford, who helped decipher many ancient Indo-European and Middle Eastern inscriptions. Most famous for his work in Assyria, his writings, research and translations spanned Greece, Egypt, and Turkey, and was one of the first to fully translate many ancient Assyrian texts. 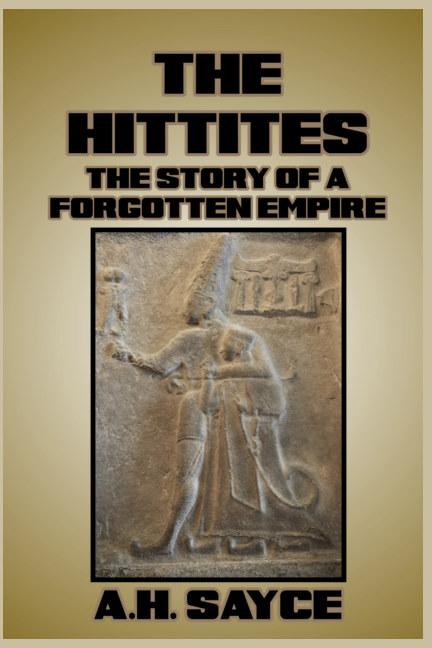