Translated from the Red Book of Hergest by Lady Charlotte Guest. Introduction and footnotes by Owen Edwards.

The complete collection of eleven prose stories collated from medieval Welsh manuscripts. Drawing on pre-Christian Celtic mythology—with some of the themes having been dated back to the early Iron Age—this marvelous compendium of tales contains some of the oldest European folklore in existence.

The source material—the Red Book of Hergest, or Llyfr Goch Hergest, first appeared around 1382 as a complete document, although older manuscript fragments have been found.

The first volume of the Mabinogion focuses on three Welsh versions of the Arthurian Tales, called the Three Romances (Y Tair Rhamant). It contains much material not found in any other version of the Arthurian legend, and scholars hold that this was the original legend upon which all others were based.

The second volume contains a number of stories from Welsh legend, dating from well before medieval times, and includes the tales of Kilhwch and Olwen—from which other Arthurian traditions were drawn. Also included is the Dream of Maxen Wledig—which tells of the Roman Emperor Magnus Maximus who, as a commander in Roman-occupied Britain, assembled a Celtic army and assumed the title of Emperor of the Western Roman Empire.

The third volume focuses on the character of Pryderi fab Pwyll, king of Dyfed, and contains the Four Branches of the Mabinogi—which tell of his parents, birth, marriage, conflict, adventures, and ultimate tragedy. This volume contains the oldest works of Welsh mythology.

This new edition has been completely reset, but contains all the wonderful original artwork which appeared in the famous 1902 edition assembled by Welsh scholar Owen Edwards.

From the introduction:
“Some of the Mabinogion [has] been reconstructed in Norman and Crusading times, but they contain reminiscences of a more distant period, often but half understood by the later story-teller. Among these are

“The Dream of Rhonabwy,” “The Lady of the Fountain,” and “Peredur the son of Evrawc”—the three which happen to come first in the Red Book. These are Christian, but with distant glimpses of Celtic heathenism. The adventures are all grouped around Arthur and his knights; and a kind of connection is given to the three tales by the presence of Owen and his mysterious ravens.
“Others, especially the four Mabinogion properly so called and the Tale of Lludd and Llevelys, are far older; they are older than Christianity, and older than Arthur . . .[they are] all in a perfectly pagan atmosphere, neither the introduction of Christianity nor the growth of chivalry having affected them to any extent.”

About the authors:
Lady Charlotte Elizabeth Guest (1812–1895), was a Lincolnshire-born scholar who is most famous for her pioneering work in translating Welsh legends into English. After moving to Wales with her Member of Parliament husband in 1832, she learned Welsh and translated several works, including the Mabinogion, which was not only the first-ever English translation but also an immediate success. She was also an astute businesswoman who took over her husband’s steel business after his death. She later remarried and spent the rest of her life collecting historic ceramics, fans, board games, and playing cards from around Europe, all of which were donated to the Victoria and Albert and British museums upon her death.

Sir Owen Morgan Edwards (1858–1920) was a Welsh historian, lecturer, writer, and Member of Parliament. Raised in a Welsh-speaking home, he studied at Bala and University College of Wales, Aberystwyth, the University of Glasgow and Balliol College, Oxford, winning all the university’s three main prizes for history. A staunch Welsh cultural nationalist, he was elected as a Liberal Member of Parliament for Merionethshire in 1899. 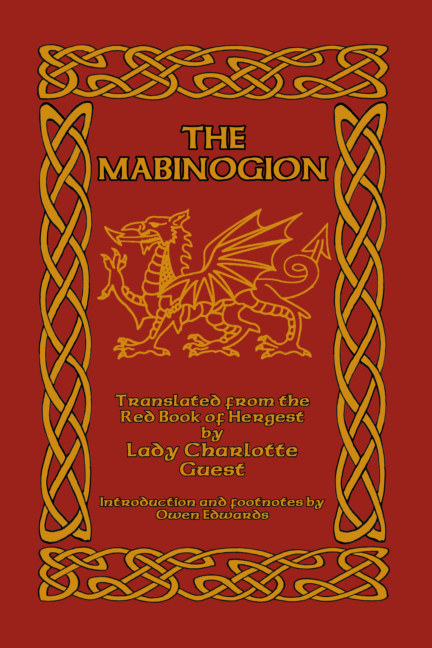