22 Views by The Editor

By John Lang.  More than anyone else, the English-born Lord Clive of India was responsible for the colonization, ordering, and remaking of the British Empire in India—and for laying the foundation of much of present-day India’s internal political organization.

Appointed as a lowly writer in service of the English East India Company, his chance involvement in a battle during the 1746 First Carnatic War between France and Britain saw him enlist with the army.

His daring exploits and bravery were soon rewarded with promotions and advancement through the ranks at breakneck speed, and his defense at the siege of Arcot—where his small force of just 200 men repelled an attack by thousands of Indians—made him famous and a hero in England.

Although elected to the British parliament, Clive could not resist renewed calls back to India, and within a short time he was once again back in that country, suppressing rebellions and witnessing dramatic events such as the Black Hole of Calcutta.

Finally, Clive’s career culminated in the 1757 Battle of Plassey which was a decisive victory for the British East India Company over the Nawab of Bengal and his French allies. This established British rule in Bengal which expanded over much of India for the next hundred years.

This immensely readable book provides a full insight and account of Lord Clive’s life, right from his earliest childhood to his untimely death.

Chapter 3: The Siege of Arcot

Chapter 5: The Black Hole of Calcutta

Chapter 6: The Battle of Plassey 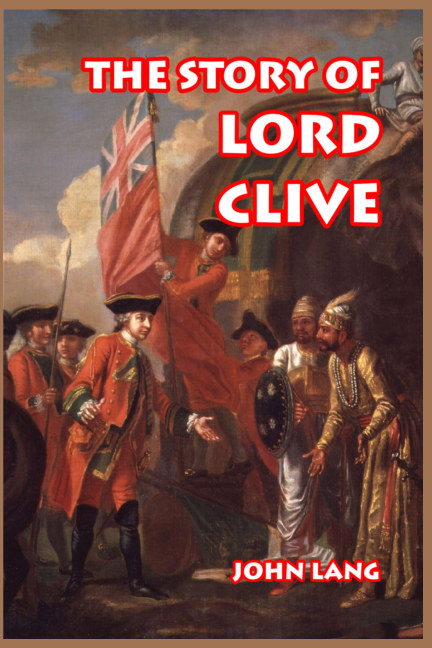