87 Views by The Editor

By Edith O’Shaughnessy. The second book from the famous author of “A Diplomat’s Wife in Mexico,” this “prequel” work covers the tumultuous time in Mexico from May 1911 to October 1912—at the time of the election of Mexico’s President Francisco Madero.

Prepared in the light—but always fascinating—manner for which O’Shaughnessy became renown, this volume takes the reader on a whirlwind tour through the intricacies of Mexican politics, society, and revolutions, but finds time along the way to visit ancient archaeological sites, attend international political events, and explore the often highly humorous dilemmas faced by diplomats in Mexico in the early twentieth century.

Among the many adventures regaled with classic O’Shaughnessy wit and charm are her impressions of Vera Cruz, Mexico City, Mexican servants, bull fights, earthquakes, the history of the Japanese in Mexico, the uncertainty of Spanish adverbs, the Dia de Muertos (“day of the dead” celebrations), the rise of Emiliano Zapata, the Mayan ruins in the Yucatan, diplomatic dinners—and the ultimately victorious progress of the pro-Madero forces in their march to overthrow the incumbent President Porfirio Díaz.

As she writes in the foreword:

“The letters which form this volume were written in a period of delightful leisure, when I was receiving my first impressions of Mexico. The might and beauty of the great Spanish civilization, set in a frame of exceeding natural loveliness, kindled new enthusiasms, and to it all was added the spectacle of that most passionately personal of human games, Mexican politics.

“I saw as in a glass darkly dim forms whose outlines I could not distinguish, and I heard as from a distance the confused cries of a people about to undergo a supreme national crisis, where the greatest delicacy and reserve were necessary on the part of the neighboring nations.”

VI: Speculations as to the wealth of “the Greatest Mexican”—Fourth of July—Madero as evangelist—The German minister’s first official dinner with the Maderos as the clou.

IX: The Vírgen de los Remedios—General Bernardo Reyes—A description of the famous ceremony of the “Grito de Dolores” at the palace.

XV: The first Christmas in Mexico City—Hearts sad and gay—Piñatas—Statue to Christopher Columbus.

XVIII: Washington warns Madero—Mobilization orders—A visit to the Escuela Preparatoria—A race of old and young—The watchword of the early fathers.

XX: Madero shows indications of nervous tension—Why one guest of Mexico’s President did not sit down—A novena with Madame Madero—Picture-writing on maguey—Picnic at El Desierto—San Fernando.

XXIII: The “Apostle” begins to feel the need of armed forces—A statesman “who is always revealing something to somebody”—Nursing the wounded at Red Cross headquarters.

XXIV: One Indian’s view of voting—Celebrating the King’s birthday at the British Legation—A single occasion when Mexican “pillars of society” appear—Reception at Don Pedro Lascurain’s.

XXV: Orozco and his troops flee toward the American border—A typical conversation with President Madero—Huerta’s brilliant campaign in the north—The French fêtes—San Joaquin.

XXVI: Balls at the German Legation and at Madame Simon’s—Necaxa—A strange, gorge-like world of heat and light—Mexican timetables—The French trail.

XXVII: A luncheon for Gustavo Madero—Celebrating the Grito at the Palace—The President’s brother explains his philosophy—Hacienda of San Cristobal—A typical Mexican Sunday dinner.

XXVIII: Good-bye to Mexico, and a special farewell to Madame Madero—Vera Cruz—Mexico in perspective. 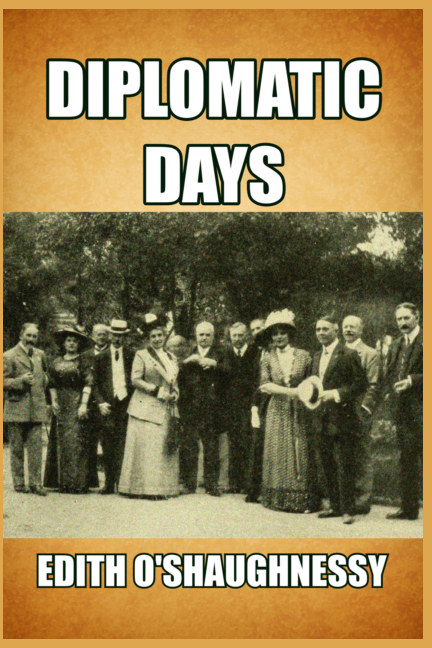