By Paul du Chaillu. The fifth classic study of African wildlife, culture, and native tribes as they existed in the mid-1800s, written by the first European explorer to confirm the existence of gorillas and African pygmies.

Following on from his “My Apingi Kingdom,” “Stories of the Gorilla Country,” “Wild Life Under the Equator,” and “Lost in the Jungle,” adventurer Paul du Chaillu describes in vivid detail African life before the advent of European colonization, and the astonishing practices, culture, and environment which existed at that time.

This last book of his adventures in Equatorial Africa tells of the second of his two great discoveries: that of the Pygmy people of Africa, previously only mentioned in the work of Herodotus and thought to be mythological.

It also relates his astonishing endeavors to reach the Nile. Not only did that expedition fail, but his presence generated enmity amongst many tribes, who quite falsely believed that he had brought sickness and death to the natives.

Shot through the stomach with a poisoned arrow, Du Chaillu barely escaped this expedition alive, and never returned to Africa after it.

Chapter I: How Paul Set out for the Country of the Dwarfs and What He Took with Him.

Chapter VI: Hunting for the Ipi.—Camping out in the Woods.—Capture of an Ipi.—Description of the Animal.—A New Species of Anteater.

Chapter XX: A Deputation from the Village.—A Plain Talk with Them.—A Beautiful and Prosperous Town.—Cheerful Character of the People.—More Observations.

Chapter XXII: First Sight of a Village OF the Dwarfs.—A Strange and Interesting Spectacle.—An Abandoned Town.—A Reverie Beside a Stream.—The Leaf, the Butterfly, and the Bird.—The Blessing of Water.

Chapter XXVI: A Modern Traveller’s Account of the Dwarfs and Their Habits.—Where and How They Bury Their Dead.—Hunting for the Dwarfs.—How They Make Their Huts. 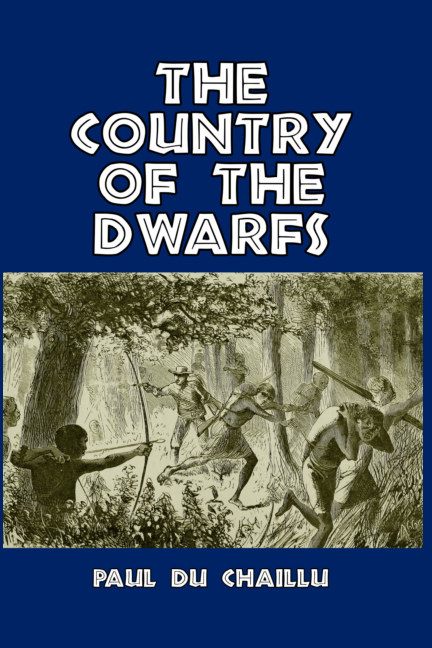