52 Views by The Editor

By John Muir. A fascinating autobiography of John Muir (1838–1914)—founder and first president of the Sierra Club, America’s oldest, largest, and most influential grassroots environmental organization.

Muir is renowned to the present-day as one of the most famous American naturalists, authors, amateur inventors, and early advocates of preservation of wilderness in the United States, and as late as 1988, was honored with the state of California’s first ever official California commemorative day—John Muir Day on April 21 each year.

This engrossing and highly personal work tells of his early years in his native Dunbar, East Lothian, Scotland, his stern Scottish religious upbringing, and his first forays into the study of nature—and then the 1849 announcement by his father with one day’s notice that the family was emigrating to America.

Having been transplanted to the New World at the age of eleven, Muir describes how he helped his family create a new life from raw bush in Wisconsin. When not working as a farm laborer, he self-educated himself and took to inventing all manner of clock and calendar-based devices, for which he quickly won great renown throughout the state. At the same time, his interest in the natural world—already stirred while still in Scotland—began to take serious form. At the age of 22, without ever having completed formal schooling, Muir enrolled at the University of Wisconsin–Madison, paying his own way for several years and studying botany and chemistry. As he describes in this book, he never actually graduated, but learned all that he wanted to while at college, and then moved on to what he called the “university of the wilderness”—where this volume ends.

During his lifetime, Muir published over 300 articles and 12 books. Apart from founding the Sierra Club, which today has over a million members, his pioneering conservation work helped establish many of America’s most famous national parks, including in the Yosemite Valley, Sequoia National Park, and many others. The 211-mile John Muir Hiking Trail in the Sierra Nevada, was named in his honor, along with a number of other famous natural landmarks including Muir Woods National Monument, Muir Beach, John Muir College, Mount Muir, Camp Muir, and Muir Glacier.

This edition has been fully reset and contains all the original illustrations from sketches by the author.

Front cover image: John Muir against the backdrop of Mount Muir in the Sierra Nevada of California, named in his honor. 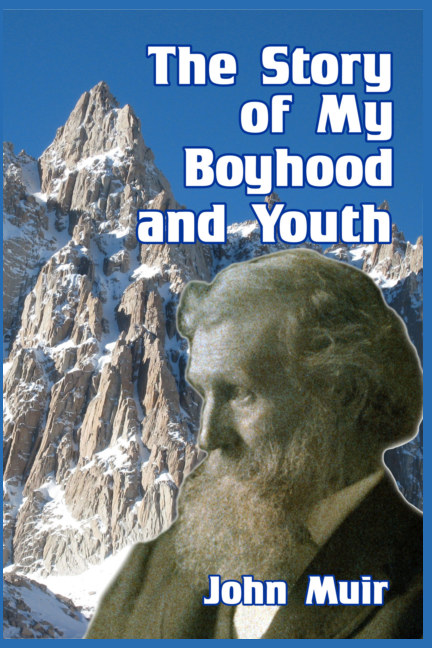