By Jacob Abbott. Genghis Khan, or Temujin, famous in the West for his and his descendants’ incursions into Eastern Europe, conquered far more territory and achieved greater political deeds in Asia than anywhere else. In this splendid review of the life and times of the founder and Great Khan (emperor) of the Mongol Empire, master storyteller Jacob Abbott once again succeeds in retelling history in a breathtaking format which will take the reader on a broad sweep of a historical process which ultimately had a major impact upon faraway Europe as well.

Starting with an overview of the pastoral lifestyle which characterized the nomadic Mongol people of the twelfth century, Temujin’s early life, his close family intrigues and his inevitable rise to power through his forceful will and natural leadership abilities, the author provides a complete backdrop to the process which led to the creation of one of the largest contiguous land empires of all time.

From the unification of the quarrelsome Mongol tribes and their brutal tactics of war, to the overrunning of the Great Wall of China and the invasions of the lands of the Ottoman Empire, the story follows Temujin’s adventures, with the author carefully distinguishing between what is probable reality and likely myth in order to provide a highly satisfying—and exciting—adventure story of one of the towering characters of world history.

“Genghis Khan was one of the most renowned conquerors whose exploits history records. The cruelties which the Mongols perpetrated upon their unhappy victims when, after a long resistance, they finally gained possession of a town, were indeed dreadful. They usually ordered all the people to come out to an open space on the plain, and there, after taking out all the young and able-bodied men, who could be made useful in bringing stones and setting up engines, and other such labors, and also all the young and beautiful women, to be divided among the army or sold as slaves, they would put the rest together in a mass, and kill them all by shooting at them with arrows, just as if they had been beasts surrounded in a chase, excepting that the excitement and pleasure of shooting into such a mass of human victims, and of hearing the shrieks and cries of their terror, was probably infinitely greater to their brutal murderers than if it had been a herd of lions, tigers, and wolves that they were destroying.”

Chapter I: Pastoral Life in Asia

Chapter VIII: Progress of the Quarrel

Chapter X: The Death of Yemuka

Chapter XI: Establishment of the Empire

Chapter XV: The Story of Hujaku

Chapter XVIII: The War with the Sultan

Chapter XIX: The Fall of Bokhara

Chapter XXI: Death of the Sultan 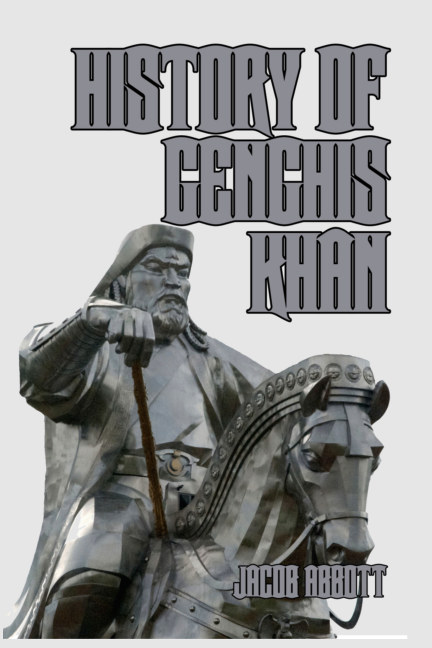