90 Views by The Editor

By Mary MacGregor. Based on the original work by John Bunyan, this masterful retelling in simplified format contains all the essential ingredients of this seventeenth century Christian allegory.

Regarded as one of the most significant works of religious English literature, the original book was written by Bunyan while in jail for preaching without official sanction.

The first part tells the story of Christian, an ordinary man, whose task it is to journey from his hometown, the “City of Destruction” to his ultimate destination, the “Celestial City,” or Heaven—a journey representing the path of life itself.

Along the way, the story uses masterful allegories to represent various temptations in the world which can cause the traveler to veer off his path.

The second part tells the story of Christian’s wife, Christiana, and their four sons, as they journey with assorted others, including the guide, Greatheart, on their pilgrimage to the Celestial City.

The popularity and influence of this book, first published in 1678, has been such that many of its terms have passed into popular English vernacular. It was reprinted in colonial America, and widely read in the Puritan colonies.

This version has been completely reset and hand-edited. 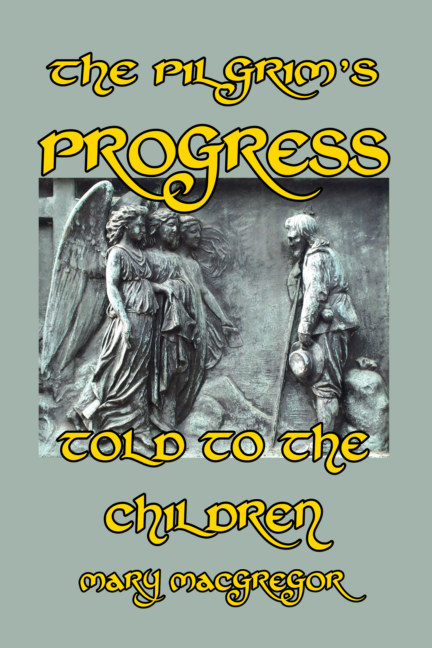