By P. W. Joyce. Written by one of Ireland’s most noted cultural historians, this beautifully written and illustrated work covers Irish history from the earliest times to the mid-nineteenth century. Although written for children, the author admitted in his introduction that adults had found it equally readable and informative.

Starting with an explanation of the ancient originating legends of the Irish people, the author sorts out fact from fiction in an entertaining story-telling manner, keeping the narrative gripping and eventful through the centuries of tumultuous Irish history.

Read about Irish Paganism, the conversion to Christianity, the Viking and Danish invasions, the history-turning Anglo-Norman invasion, and the long centuries of bloody and violent struggle with the English overlords.

All of the famous characters of Irish history appear in order: St. Patrick, Silken Thomas, Shane O’Neill, Hugh O’Neill, right up to Daniel O’Connell. Along the way, dramatic events such as the invasion of Oliver Cromwell, the Siege of Derry, the Battle of the Boyne, the infamous Penal Laws, and much, much more, are reviewed in this exciting and highly satisfying overview.

About the author: Patrick Weston Joyce (1827–1914) was one of Ireland’s foremost cultural historians, best known for his research in local place names of Ireland. A teacher by profession, his prominence and ability allowed him to be one of fifteen men selected in 1856 to reorganize the entire national school system in Ireland. He was principal of the Training College, Marlborough Street, in Dublin from 1874 to 1893, and president of the Royal Society of Antiquaries of Ireland from 1906 to 1908.

I: The Face of the Country in the Olden Time

VIII: The Dawn of History

XIII: From Laegaire to the Danes

XV: The Battle of Clontarf—Part I

XVI: The Battle of Clontarf—Part II

XVII: The Eve of the Invasion

XXIII: The Statute of Kilkenny

XXV: How Ireland Fared during the Wars of the Roses

XXVIII: The Rebellion of Silken Thomas

XXIX: Submission of the Chiefs

XXXI: The Rebellion of Shane O’Neill

XXXV: The Rebellion of Hugh O’Neill

XXXVI: The Battle of the Yellow Ford

XXXVII: The Earl of Essex

XXXVIII: The Turn of the Tide: Battle of Kinsale

XXXIX: The Siege of Dunboy

XL: The Retreat of Sullivan Beare

XLI: The Flight of the Earls

XLII: The Plantation of Ulster

XLV: The Confederation of Kilkenny: The Battle of Benburb

XLVII: Ireland after the Restoration

XLVIII: The Siege of Derry—Part I

XLIX: The Siege of Derry—Part II

L: The Battle of the Boyne

LI: The Siege of Limerick—Part I

LII: The Siege of Limerick—Part II

LIV: The Second Siege and Treaty of Limerick

LVII: The Beginning of the Parliamentary Struggle

LXV: Towards the Brink of the Precipice

LXIX: From Emancipation to the Death of O’Connell 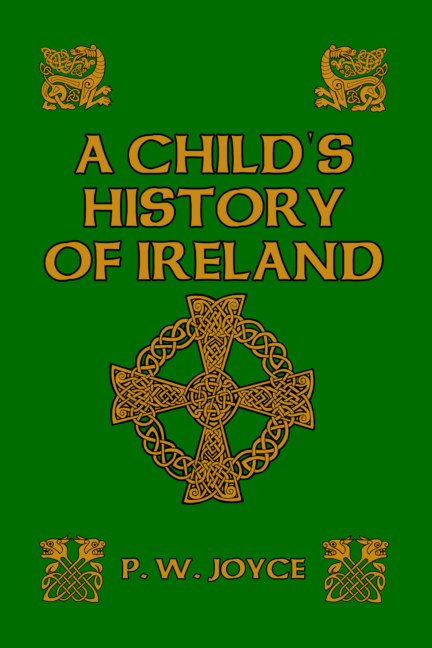