47 Views by The Editor

By Jennie Hall, illustrated by Victor R. Lambdin. A sparkling account of Viking adventures, culture, and religious beliefs, which is focused around the story of Harald Fairhair, first king of Norway (c. 850 – c. 932), but also draws upon the Sagas and other sources to produce a highly satisfying—and entertaining—view of Viking life.

The first section tells of Harald’s wild youth and the power struggle which led to the unification of Norway and his ascension to the throne—an event which sparked off a renewed wave of Viking invasions as dissidents left Norway to create new settlements in France, Greenland, Iceland, and elsewhere.

The second section tells the fascinating stories of Eric the Red and Leif Ericsson, and their adventures in “Wineland” in North America.

Along the way, the narration reveals many details of Viking culture, religion, and lifestyles, including their approach to war, peace, women, societal organization, life after death, and much more. Finally, it ends with a Norse pronunciation guide and suggestions for deeper reading.

This is a perfect introduction to the age of Vikings, their adventures and beliefs, and is suitable for all ages.

This new edition has been completely reset, but retains the beautiful and intricate illustrations and page decorations from the original.

About the author: Jennie Hall (1875–1921) was a leading historical writer of her time, known for her distinctive style of recreating great events of history through “fictionalizing” character conversations, while always keeping true to the original facts.

What the Sagas Were

Leif and His New Land 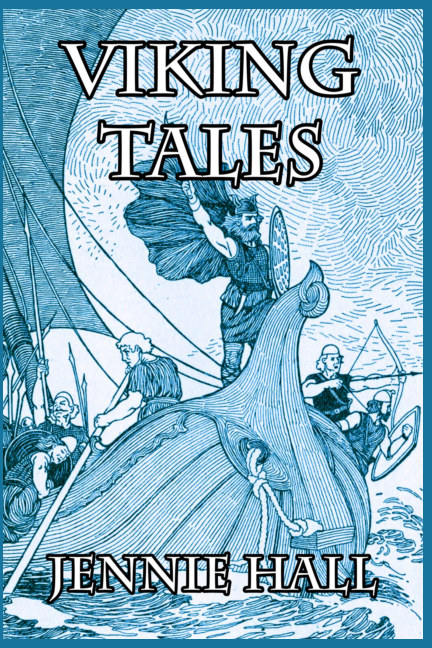