Starting with an analysis of the nature of the Egyptian gods, Flinders Petrie sketches the broad philosophical background to the belief system of ancient Egypt, revealing precisely how those people viewed life, the afterlife, and the influence of gods in their day-to-day activities.

He then moves on to discuss the various gods—the animal-headed, the human, the cosmic, the abstract, and even the foreign deities introduced into Egypt.

Finally, he reviews the main points of the sacred texts, individual worship, and the lasting influence of the ancient Egyptian belief systems in other cultures.

This is a masterpiece of cultural history which has stood the test of time and become a classic in its own right.

About the author: Sir William Matthew Flinders Petrie, FRS (1853–1942), commonly known as Flinders Petrie, was England’s most famous Egyptologist who pioneered systematic methodology in archaeology and preservation of artefacts. He was the first chair of Edwards Professor of Egyptian Archaeology and Philology at University College London, where his large collection of Egyptian antiquities is now housed. 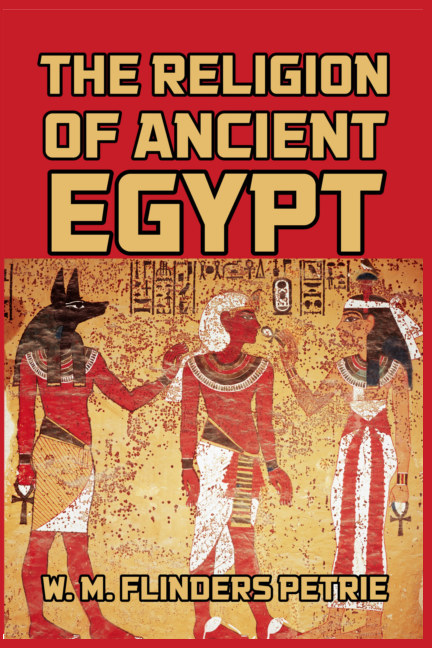