91 Views by The Editor

By Jacob Abbott. The story of Xerxes the Great (circa 519–465 BC), the fourth king of the Persian Achaemenid Empire, includes the battles of Thermopylæ and Salamis, famous in their own right—and which were pivotal to world and European history.

The tale, woven by classic master storyteller Jacob Abbott is, as usual, free from the dry stuffiness which mars conventional historical accounts. Beginning with Xerxes’ family background, the action starts straightaway with his interactions with Egypt and Greece, and the preparations for the invasion of that latter nation.

Abbott’s narration, based on meticulous research and primary sources, reveals the immense size of the Persian army, and that their ultimate intention was to conquer all of Europe.

The Greek defensive preparations—spearheaded by the astonishing Spartans—are then reviewed. The mighty clash—and sacrifice—of the main Persian force and the 300 Spartans under Leonidas at Thermopylæ forms one of the centerpieces of the work.

It is followed by the equally important burning of Athens and the Battle of Salamis, where the Persian fleet was destroyed.

Finally, faced with stalemate in Greece and rebellion at home, Xerxes was forced to return to Persia. His army, routed at the Battle of Platæa, followed him home, and the Persian attempt to seize Europe was definitively defeated.

“The name of Xerxes is associated in the minds of men with the idea of the highest attainable elevation of human magnificence and grandeur. This monarch was the sovereign of the ancient Persian Empire when it was at the height of its prosperity and power.

“It is probable, however, that his greatness and fame lose nothing by the manner in which his story comes down to us through the Greek historians. The Greeks conquered Xerxes, and, in relating his history, they magnify the wealth, the power, and the resources of his empire, by way of exalting the greatness and renown of their own exploits in subduing him.”

About the author: Jacob Abbott (1803–1879) was a native of the state of Maine who was a professor of mathematics and natural philosophy, a minister, and founder of two schools (the Mount Vernon School for Young Ladies in Boston and the Mount Vernon School for Boys, in New York City). He wrote more than 180 books and became famous for his easy-to-read style of historical storytelling, stripped of the dry dustiness which characterized other texts. 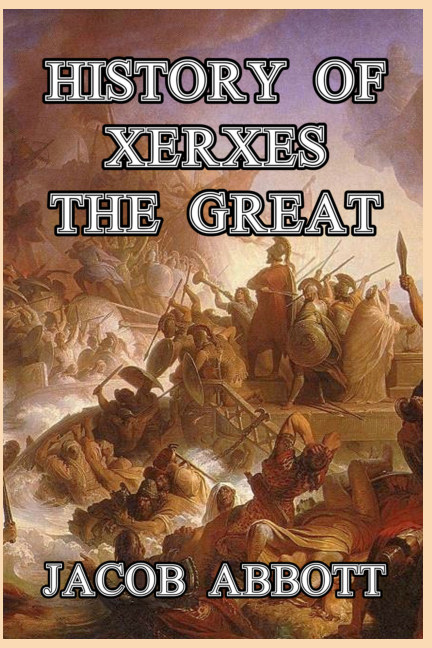