30 Views by The Editor

By Jeanie Lang. A classic work originally directed at younger readers dealing with the life and achievements of King Robert I of Scotland (1274–1329), popularly known as Robert the Bruce. One of the most famous Scottish warriors of all time, his unfailing efforts to achieve Scottish independence were eventually  rewarded with success, and he became king in 1309 and reigned until his death.

This tale, drawn upon original chronicler sources, reveals much of Robert’s background, his travels, adventures—and the many incredible characters on both English and Scottish sides during their wars.

From Bruce’s famous “never give up” lesson from a spider, the fighting bishop, numerous bloody battles, and through to his tragic death due to leprosy, this fascinating work details all the major events in the life of Scotland’s national hero.

In the words of the author:

“It is to Robert the Bruce that we who live north of the Tweed owe our freedom. More than that we owe to him.

“For in the loneliest colonies of the farthest off lands in which the Union Jack has been unfurled, we are very sure to find Britons, much of whose pluck, patience, and power of endurance comes from the fact that their forebears had to fight hard to win and to hold their rights as freemen.

“It is a proud thing for any boy to know himself to be one of the descendants of those who, through evil times, were true to their country and their king, and who fought and died on the field of Bannockburn.”

This version has been completely reset and hand-edited and contains the original illustrations by F. M. B. Blaikie.

Chapter I: How the War between England and Scotland Began

Chapter III: Robert the Bruce and the Red Comyn

Chapter VI: How Robert the Bruce Met His Enemies

Chapter VII: Victories for Bruce, and the Death of King Edward

Chapter VIII: How Edward II and Robert the Bruce Did Their Campaigning

Chapter XI: The Heart of Bruce

About the author: Jeanie Lang was a turn of the twentieth century Scottish author who was introduced to the literary world by her uncle Andrew, who was the first to translate The Odyssey into English. Her first book was, not surprisingly, a reworking of The Odyssey into a version suitable for younger readers. 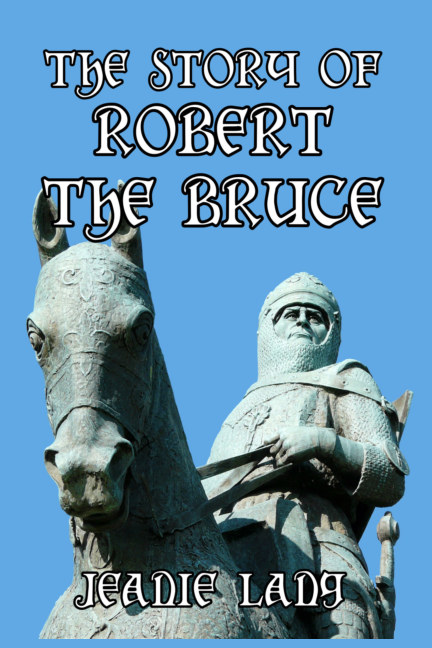