Master storyteller H. E. Marshall takes the reader on an enthralling account of this dynamic military genius’s career, starting with his birth in Corsica to an Italian noble family, his rapid ascent in the French military, his first campaigns in support of the ideals of the French Revolution, his ascent to the First Consulship of France, his great military victories against the Old States of Europe, and the perversion of his erstwhile revolutionary ideals with his self-proclaimed ascension to the title of Emperor.

From there the story continues, revealing many hidden but fascinating details of Napoleon’s life—for example, his personal interactions with his troops which earned him the undying loyalty of millions, and of how Beethoven dedicated a symphony to him.

Napoleon’s astonishing list of campaigns—in Italy, Egypt, Spain, Portugal, Austria, Prussia, Poland and finally Russia—are considered in detail, and all his victories and defeats are examined in the easy-to-read and exciting style for which H.E. Marshall was famous.

Finally, Napoleon’s defeat, exile to Elba, triumphant return, the “100 days” until the Battle of Waterloo, exile to St. Helena and death, mark the end of this riveting book which is guaranteed to hold the reader’s attention from the first page onwards.

“Impossible is a word to be found only in the dictionary of fools.”—Napoleon Bonaparte.

Chapter I: About a Rocky Island in the Blue Sea

Chapter V: From Brienne to Paris

Chapter IX: The Taking of Toulon

Chapter XII: In the Great Plain of Italy

Chapter XIV: About Some of the Towns which Napoleon Saw in Italy

Chapter XXI: The Return from Egypt

Chapter XXIV: The World at Peace

Chapter XXVIII: The Crowning of the Emperor

Chapter XXIX: About the German Empire

Chapter XXXI: The Battle of Austerlitz

Chapter XXXIII: The Battles of Jena and Auerstadt

Chapter XXXIV: The Battle of Trade and the War of Commerce

CHAPTER XXXV: A Winter in Poland

Chapter XXXVI: The Peace of Tilsit

Chapter XL: The Maid of Saragossa

Chapter XLI: The Court at Erfurt

Chapter XLIII: The Battles of Aspern-Essling and Wagram

Chapter XLVI: The Taking of Smolensk

Chapter XLVII: The Burning of Moscow

Chapter XLVIII: The Retreat from Moscow

Chapter LI: The Emperor of Elba 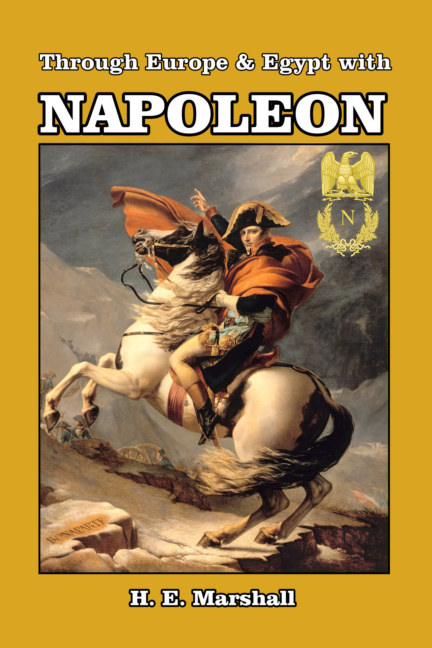