78 Views by The Editor

By Paul du Chaillu. The third classic study of African wildlife, culture, and native tribes as they existed in the mid-1800s, written by the first European explorer to confirm the existence of gorillas and African pygmies.

Following on from his Stories of the Gorilla Country and Wild Life Under the Equator, adventurer Paul du Chaillu describes in vivid detail African life before the advent of European colonization, and the astonishing practices, culture, and environment which existed at this time.

This work is particularly valuable as it shows, without prejudice or favor, Africa as it was, as seen by one of the first European explorers to set foot inside the interior of the Dark Continent. Read of witchcraft trials, and the tribe members’ astonishment at their first sight of a white man, their amazement at everyday items such as clothes, shoes, socks, hats, a music-box, and a mirror, and of how the Apingi tribe appointed him as king. This is truly a story of how a white man went where no European had ever gone before.

This book is another eye-opening account of Africa in its natural state, and contains many sobering lessons applicable to the present-day—if the reader has the vision to see and understand their meaning.

Chapter I: Paul’s Letter to His Young Friends, in Which He Prepares Them for Being “Lost in the Jungle.”

Chapter XII: Strange Spiders.—The House-Spider.—How They Capture Their Prey.—How They Fight.—Fight Between a Wasp And a Spider.—The Spider Has Its Legs Cut Off, and Is Carried Away.—Burrow Spider Watching for Its Prey.

Chapter XVI: Funeral of the Gorilla’s Victim.—A Man’s Head for the Alumbi.—The Snake and the Guinea-Fowl.—Snake Killed.—Visit to the House of the Alumbi.—Determine to Visit the Seacoast.

Chapter XXIII: King Olenda Comes to Receive Me.—He Is Very Old.—Never Saw a Man So Old Before.—He Beats His Kendo.—He Salutes Me with His Kombo.—Kings Alone Can Wear the Kendo.

Chapter XXIV: They All Come to See Me.—They Say I Have an Evil Eye.—Ashira Villages.—Olenda Gives a Great Ball in My Honor.—Beer-Houses.—Goats Coming out of a Mountain Alive.

Chapter XXXI: A Great Crowd of Strangers.—I Am Made a King.—I Remain in My Kingdom.—Good-By to the Young Folks. 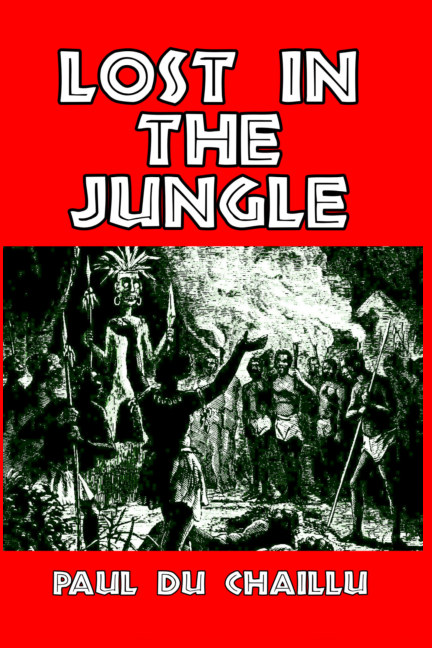