The Story of H. M. Stanley

83 Views by The Editor

By Paul du Chaillu. The second classic study of African wildlife, culture, and native tribes as they existed in the mid-1800s, written by the first European explorer to confirm the existence of gorillas and African pygmies.

Following on from his sensation “Stories from the Gorilla Country,” adventurer Paul du Chaillu describes in vivid detail African life before the advent of European colonization, and the astonishing practices, culture and environment which existed at this time.

This work is particularly valuable as it shows, without prejudice or favor, Africa as it was, as seen by one of the first European explorers to set foot inside the interior of the Dark Continent. Read of the “costumes of some African kings” (consisting of old torn shirts obtained from passing European ships, or European shoes handed down for two generations like a holy relic), African witchcraft,  and much more.

This book is another eye-opening account of Africa in its natural state, and contains many sobering lessons applicable to the present-day—if the reader has the vision to see and understand their meaning.

Chapter III An African Creek.—A Leopard among the Chickens.—A Night Watch for Leopards.

Chapter XII A Creek Infested by Snakes.—Snake in the Boat.—An Ugly Visitor.

Chapter XIV A Royal Feast.—On the Banks of the Ovenga.—Preparations.—The Bill of Fare.—A Taste of Elephant And a Mouthful of Monkey.

Chapter XX Sick in a Strange Land.—Adventure with a Snare.—How a Squirrel Was Charmed.

Paul du Chaillu (1831–1903) was the son of a French trader who was stationed on the West African coast. In 1855 he was sent by the Academy of Natural Sciences at Philadelphia to explore Africa because of his knowledge of the local languages and customs. In two expeditions into the interior, he observed numerous gorillas, brought back dead specimens, and also confirmed the existence of African pygmies, becoming the first European to observe them in real life. Du Chaillu sold his hunted gorillas to the Natural History Museum in London and his cannibal skulls to other European collections. Later he specialized in the pre-history of Scandinavia, and died while doing research in St Petersburg, Russia. 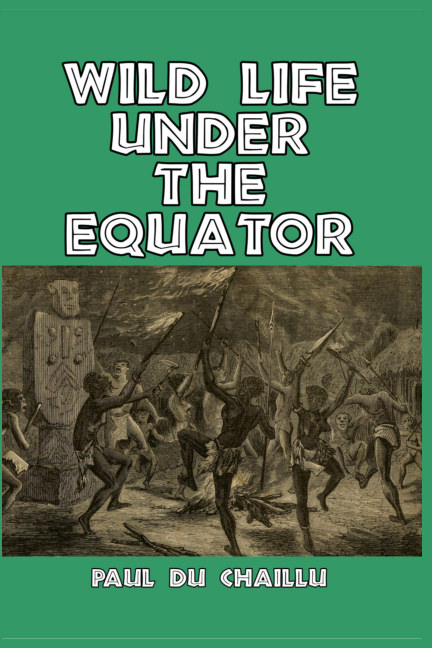 Wild Life Under the Equator

The Story of H. M. Stanley