By Paul du Chaillu. The fourth classic study of African wildlife, culture, and native tribes as they existed in the mid-1800s, written by the first European explorer to confirm the existence of gorillas and African pygmies.

Following on from his “Stories of the Gorilla Country”, “Wild Life Under the Equator,” and “Lost in the Jungle,” adventurer Paul du Chaillu describes in vivid detail African life before the advent of European colonization, and the astonishing practices, culture, and environment which existed at that time.

Made king of a tribe after awing them with simple, everyday European items such as shoes, clothes, socks, hats, and guns, Du Chaillu relates how he tried to bring some sort of order into the chaotic and unpredictable tribal life of his subjects—to no avail. He then moves on to describe the lifestyle, culture, and physical appearance of neighboring tribes, including the more mixed Islam-adhering racial types to the north. During this process, he discusses African slavery, both by their own people and by the Arab slave traders.

This volume also includes many fascinating observations about African wildlife and is another eye-opening account of Africa in its natural state, containing many sobering lessons applicable to the present-day—if the reader has the vision to see and understand their meaning.

Chapter I: To My Young Friends.

Chapter II: A Council.—Shall We Build a Hundred Canoes.—The Great Falls of Samba-Nagoshi.—Fougamou, the Forger of Iron.—People Cannot See Him Work Iron; If They Do, They Die.

Chapter III: Preparations for Hunting.—People Ordered to Get Ready.—The Idol Is Put in the Street.—Dance with Torchlights.—The Idol Says We Will Kill Game.—The People Believe It.

Chapter IV: Porcupine Hunting.—They Come Out of Their Burrows.—Fierce Attack of the Dogs.—Porcupine Traps.—The Legend of the Porcupine and the Leopard.

Chapter XII: A Herd of Monkeys.—How They Travel in the Forest.—White-Nosed Monkeys.—Their Great Leaps.—How They Keep Food When not Hungry.

Chapter XVI The Monkey.—Hunting Monkeys with Dogs.—Great Fight between Two Dogs and a Nkago.—Capture of a Young Nkago.—I Give Him the Name of Jack. 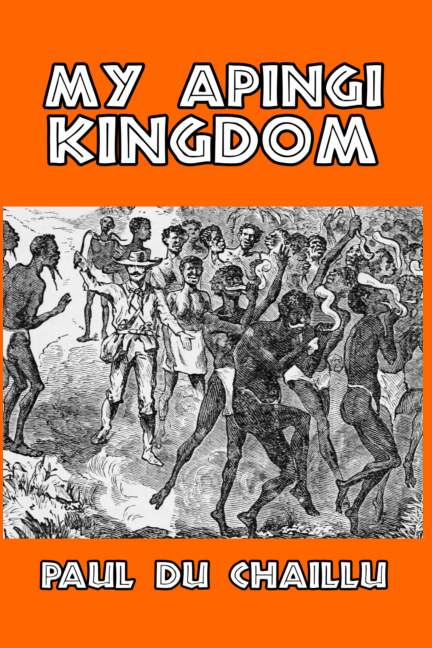