By Captain James Riley.  The incredible true story of an American ship’s crew taken into slavery by the Muslim slave traders of North Western Africa after being wrecked on that continent’s west coast, has riveted, fascinated, and horrified readers since its first publication two hundred years ago.

Captain Riley’s ship, the Commerce, was sailing from Gibraltar to the Cape Verde Islands when it was lost in fog and wrecked on the west Moroccan coast. There, they were seized by passing Berbers, who, after taking their food and pouring out their drinking water, carried the white men off deep into the Sahara desert.

The book tells in shocking detail the events before and after their capture by marauding Sahrawi natives, and their mistreatment, which included beatings, heat exposure, and starvation (to the point where they were forced to drink their own urine just to stay alive). Eventually, the abused, underfed, and overworked captives were on the point of death when their masters sold them to yet another Arab slave trader. He had however only purchased the white men upon Riley’s promise of cash ransom and a gun.

Riley promised his new owner that he had a friend on the coast at the town of Mogador (nowadays known as Essaouira) in Morocco, who would pay the ransom—something that was completely untrue. Incredibly, an Englishman—and total stranger—came to Riley’s aid in Mogador, and paid the ransom, allowing the survivors to escape captivity and return to America.

Captain Riley’s detailed and horrifying descriptions of his experiences at the hands of the slave trading Muslims of North Africa, typified the treatment suffered by more than a million Europeans who were captured by the Barbary pirates. This valuable account bears witness to a part of history that is now largely suppressed or ignored.

Included in this narrative are Riley’s observations on the way of life of the Sahara Arabs, and the close relationship between them and the large number of Jews who feature throughout in the most surprising of roles.

This account of slavery, torture, and death was so influential that Abraham Lincoln included it in his 1860 campaign biography as the work that had shaped his views on slavery.

This account of slavery, torture, and death was so influential that Abraham Lincoln included it in his 1860 campaign biography as the work that had shaped his views on slavery. That Riley’s comments on race and the evils of slavery played a role in Lincoln’s thinking was apparent, because the comments in this book—namely that slavery was an abomination, but, that, once set free, the Africans could not be allowed to live in European society—were exactly the views propagated by the American president.

About the author: James Riley (1777–1840). Of little formal education, Riley sought his career at sea from an early age, becoming most famous for his exploits while a slave of the Arabs. Upon his release from slavery, he spent a few years campaigning for the abolition of slavery, but soon returned to sea, dying on his vessel, the William Tell, while sailing between New York and St. Thomas, “of disease caused by unparalleled suffering more than twenty years previous during his shipwreck and captivity on the desert of Sahara.”

Chapter I: A brief Sketch of the Author’s Life and Education, up to the month of May, 1815.

Chapter II: Voyage in the Commerce from Connecticut River to New Orleans.

Chapter III: Voyage from Gibraltar towards the Cape Verde Islands, including the shipwreck of the brig Commerce on the coast of Africa.

Chapter IV: Description of the natives.—They make war upon the crew, and drive them off to the wreck.

Chapter V: The natives seize the author by perfidy, and then get possession of the money—The author’s critical situation on shore—He escapes to the wreck—Antonio Michel is massacred.

Chapter VI: Providential preservation through the surf to the open ocean—Sufferings in their shattered boat nine days at sea—Landing again on the frightful coast of the African Desert.

Chapter VII: Sufferings of the Crew, and manner of climbing over the rocks along the seashore, under high cliffs—Reaching the surface of the desert—Meeting with a company of wandering Arabs, by whom they are seized as slaves, and stripped naked.

Chapter VIII: The author and his crew are carried on camels into the interior of the Sahara Desert—The Arabs hold a council—The crew are sold and distributed—The author’s remarkable dream—The skin and flesh are literally roasted off from his body and from the bones of his companions—Their dreadful sufferings while naked and wandering about the desert with their masters; subsisting only on a little camel’s milk—Two Arab traders arrive.

Chapter IX: Two Arabian merchants are persuaded by the author to purchase him and four of his suffering companions—They kill a camel, and prepare to set out for Morocco across the desert.

Chapter X: The author and four of his companions set out to cross the Desert—Their sufferings—They come to a spring of fresh water—Description of its singular situation.

Chapter XI: Journeying in the Desert—They are hospitably entertained by Arabs, and come to a well of fresh water.

Chapter XII: They arrive amongst immense mountains of driving sand—Their extreme sufferings—Their masters find and steal some barley, and restore it again.

Chapter XIII: Continuation of the Journey in the Desert—Several singular occurrences—They come within sight of the ocean.

Chapter XIV: They travel along the sea-coast under high banks—Fall in with and join a company of Arabs—Travel in the night for fear of robbers—Mr. Savage faints—Is near being massacred, and rescued by the author.

Chapter XV: Black mountains appear in the east—They come to a river of salt water, and to wells of fresh water, where they find many horses. Description of a singular plant—Come to cultivated land; to a fresh water river, and a few stone huts.

Chapter XVI: The company is divided—They set of to the eastward—Their masters are attacked by a band of robbers.

Chapter XVIII: Their masters commit an error, which they are compelled to redress—Sidi Hamet and his brother Seid fight—Horace’s critical situation—They come to villages.

Chapter XIX: The author writes a letter—Sidi Hamet sets out with it for Swearah—The arrival of Sheikh Ali, an extraordinary character.

Chapter XX: A Moor arrives from Mogadore, bringing a letter—The letter—They set out for that city.

Chapter XXI: They come near the ruins of a city where two battering machines are standing—Description of them—Story of its destruction—They cross a river and a fruitful valley—Lodge in a city, and are afterwards stopped by Sheikh Ali and the prince of another city.

Chapter XXII: Rais bel Cossim gains the friendship of the prince—Good provisions are procured—Sheikh Ali’s plans miscarry—They set off for and arrive at Santa Cruz, in the empire of Morocco. Character of Sidi Ishem

Chapter XXIII: Sheikh Ali outmanoeuvred again by Rais bel Cossim—They set of in the night—Meet with Sidi Hamet and his brother, accompanied by some Moors with mules sent by Mr. Willshire for the sufferers to ride on—Occurrences on the road—Meeting with Mr. Willshire near Swearah or Mogadore—They go into that city—Are ordered before the Bashaw—Are cleansed, clothed, and fed by their deliverer.

Chapter XXIV: The author and his companions are cleansed, clothed, and fed—He becomes delirious, but is again restored to reason—The kindness of Mr. Willshire—Letter from Horatio Sprague, Esq. of Gibraltar—Author’s reflections on his past sufferings and on the providential chain of events that had fitted him for enduring them, and miraculously supported and restored him and his four companions to their liberty.

Chapter XXV: The author’s motives for requesting of, and writing down, his former master’s narrative of Travels on the Desert when in Mogadore, together with Sidi Hamet’s narrative of a journey across the great desert to Timbuctoo, and back again to Widnoon, with a caravan.

Section I: Sidi Hamet’s narrative of a journey from Widnoon across the great Desert to Timbuctoo, and back again to Widnoon.

Section II: Sidi Hamet sets out on another journey for Timbuctoo—The caravan is mostly destroyed for want of water, by drifting sand, and by mutiny, &c.—The few that escape get to the south of the desert.

Section III: Sidi Hamet’s journeyings. His arrival on the banks of the river, called by the natives, Gozen-Zair, and at Timbuctoo—Description of that city—Its commerce, wealth, and inhabitants.

Section IV: Sidi Hamet sets out for Wassanah—His arrival there, and description of that city, the country, and its inhabitants—Of the great river which runs near it, and of his return to Timbuctoo—containing also the author’s geographical opinions, founded on this narrative, on the sources of the river Niger—Its length, course, and outlet into the Atlantic Ocean.

Section V: Sidi Hamet’s journey from Timbuctoo to Morocco, by the eastern route—his description of the Desert, and of the country on both sides of it. Of a dreadful battle with the wandering Arabs. Sidi Hamet takes his leave, and sets out to join his family.

Chapter XXVI: An account of the face of the great African Desert, or Sahara—Of its inhabitants, their customs, manners, dress, &c.—A description of the Arabian camel or dromedary.

Chapter XXVII: Some account of Susa, or South Barbary, and of its inhabitants, cities, &c.—The primitive plough and mode of using it—Primitive churn and method of making butter.

Chapter XXVIII: Some account of an insurrection in Morocco—The Bashaw of Swearah is seized and put in irons—Change of Governors—The Jews are forced to pay their tribute or turn Mohammedans—Their treatment by the Moors—A Jew burial—A circumcision—A Jewish priest arrives from Jerusalem—The author obtains from him some account of the present Jerusalem and its inhabitants, and of the method pursued by the priests for getting money from the Jews in Europe and in Barbary—A Moorish execution and maiming—Of the Jews in West Barbary.

Chapter XXIX: New orders arrive from the Emperor—Mr. Willshire is grossly insulted by Moors—A description of the city and port of Swearah or Mogadore—Its inhabitants, commerce, manufactures, &c.

Chapter XXXII: The author ships his companions on board a vessel for Gibraltar, and sets out himself to travel by land for Tangier—Villainy of his Jew companion—Account of a great Moorish saint—Description of the country—Of the towns of el Ksebbah and Saffy.

Appendix: Observations on the winds, currents, &c., in some parts of the Atlantic Ocean, developing the causes of so many shipwrecks on the western coast of Africa:—A mode pointed out for visiting the famous city of Timbuctoo, on the river Niger, together with some original and official letters, &c. 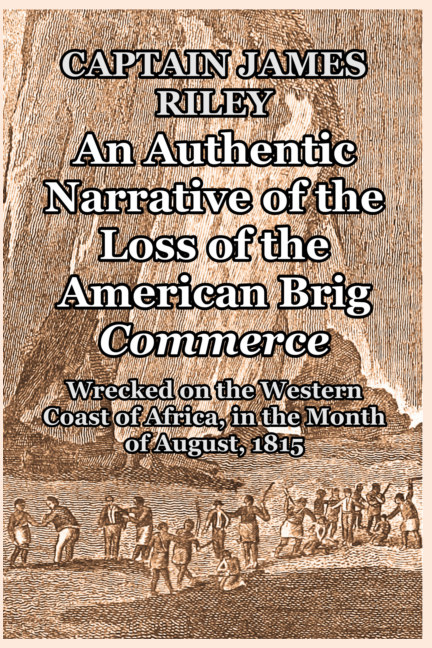