Stories of the Vikings

38 Views by The Editor

By Mary MacGregor. A classic Eurocentric educational work originally directed at younger readers but now suppressed by the present-day anti-European political correctness which pervades educational curricula all over the world.

This easy-to-read book provides a concise overview of the amazing world of the Vikings, from the time of their first appearance in Norway, Sweden, and Denmark.

As this work reveals, the Vikings were not just a band of sea-pirates who roved the seas in search of plunder, but rather a race of brave and hardy Northmen who became sea-rovers because the rights and the freedom which their fathers had cherished were being taken from them.

In this book you will read of their belief systems, their adventures at home, and their exploits throughout Europe. The Vikings left their imprint in England, Ireland, France, Russia, and even reached as far south as Constantinople.

They discovered, named, and settled Iceland and Greenland, and tried to settle Vinland, or North America, hundreds of years before Columbus crossed the ocean.

The lives of some of their greatest heroes are discussed to provide a fascinating insight into their lifestyles, and finally the book details their slow and haphazard conversion to Christianity which finally halted their sea-faring exploits.

I. The Vikings in England

II. The Vikings at Home

VIII. The Sea-Fight of the Jomsvikings

XII. The Discoveries of the Vikings 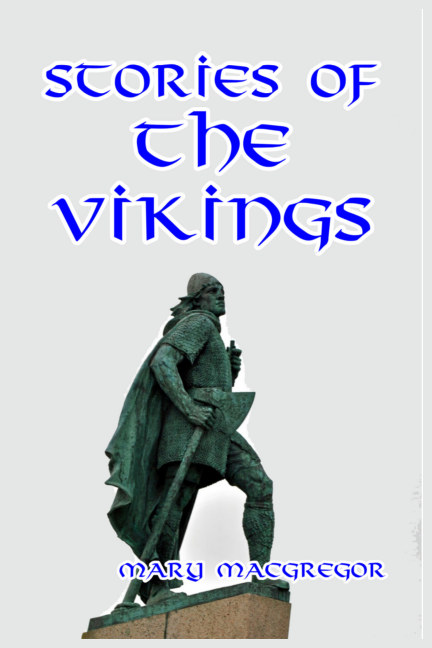 Stories of the Vikings