By Sir George Douglas.  Scottish Fairy and Folk Tales is a timeless collection of Scottish folklore, legends, and tales which will appeal to readers of all ages. Here you will find stories of the fantastic, the supernatural, the cunning, the hilarious, and the gifted—all finely representative of the Scottish people in all their mannerisms.

Divided into seven sections: Nursery Stories; Stories of Animals; Fairy Tales; The Brownie, The Bogle, The Kelpy, Mermen, Demons; Witchcraft; Comic Tales; and Literary Tales; the reader will delight in each tale, focused as they are upon the specifically Scottish nature of the retelling.

Here one can meet the mythical kelpy—a supernatural water horse that was said to haunt Scotland’s lochs and lonely rivers. The reader will also meet the bogle ghost, giants, mythical beasts—and a comical lamb which seeks to please its master, even to the cooking pot…

The stories in this classic volume were compiled from oral traditions and the oldest Scottish writings. Rarely has such a pleasing and complete overview of traditional Scottish folklore ever seen the light of day.

About the author: George Brisbane Scott Douglas (1856–1935) was a Scottish baron, poet, and writer. He was educated at Harrow and Trinity College in Cambridge, and published numerous works dealing with Scotland and Scottish culture, as well as caring for his vast family estate.

The Story of the White Pet; The Milk-White Doo; The Croodin Doo; The Cattie Sits in the Kiln-Ring Spinning; Marriage of Robin Redbreast and the Wren; The Tempted Lady; The Fause Knight and the Wee Boy; The Strange Visitor; Rashin-Coatie.

The Fairies of Scotland; The Fairy and the Miller’s Wife; Sir Godfrey Macculloch; The Laird o’ Co’; Habitrot; The Tulman; The Isle of Pabaidh; Sanntraigh; Water Fairies; Fairy Transportation; The Poor Man of Peatlaw; The Fairy Boy of Leith; “Mind the Crooked Finger”; The Two Young Ploughmen; The Smith and the Fairies; The Lothian Farmer’s Wife; Redemption from Fairy Land; The Fairy and the Bible Reader; Thom and Willie; The Gloaming Bucht; The Fairy’s Song; The Faithful Purse-Bearer.

The Brownie, the Bogle, the Kelpy, Mermen, Demons

The Scottish Brownie; The Brownie of Bodsbeck; The Brownie and the Thievish Maids; The Bogle; The Doomed Rider; Graham of Morphie; The Fisherman and the Merman; The Mermaid Wife; The Seal-Catcher’s Adventure; The Mermaid of Knockdolion; The Young Laird of Lorntie; Nuckelavee; The Two Shepherds; Fatlips; The Silly Mutton.

Macgillichallum of Razay; The Witch of Laggan; The Blacksmith’s Wife of Yarrowfoot; The Miller of Holdean; Ronaldson of Bowden; The Farmer’s Wife of Deloraine; Laird Harry Gilles; The Missing Web; The Witches of Delnabo; The Brazen Brogues. 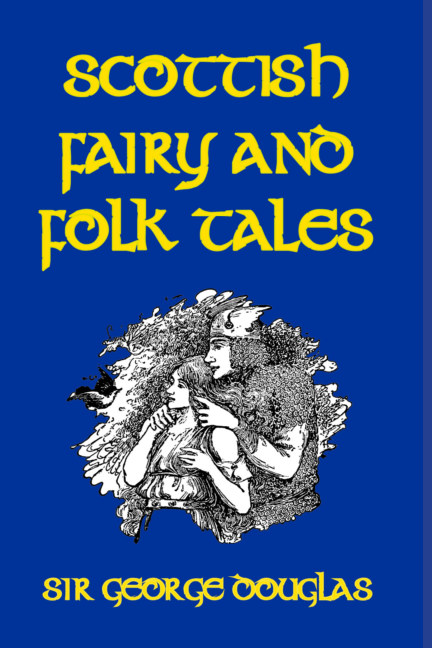