By Jeanie Lang. A masterful retelling of the major stories contained in Edmund Spenser’s classic English epic poem, The Faerie Queen. This work is based on the original 1590 book which is one of the longest poems in the English language.

The stories were collected by Spenser and rearranged in an allegorical work which represented much of Elizabethan society, focusing on the virtues of several knights and their adventures. As Spenser wrote of his original work, the aim of the poem was to “fashion a gentleman or noble person in virtuous and gentle discipline.”

This edition, aimed primarily at younger readers, takes on the form of a more conventional book, and includes many of the classic stories which have achieved almost legendary status, such as the story of St. George and the Dragon, and Una and the Lion.

This version has been completely reset and hand-edited and contains all the original illustrations by Rose Le Quesne.

I: Una and the Lion

II: St. George and the Dragon

III: Britomart and the Magic Mirror

IV: The Quest of Sir Guyon

VIII: Florimell and the Witch

Cover illustration: Una and the Lion, by Briton Rivière.

About the author: Jeanie Lang was a turn of the twentieth century Scottish author who was introduced to the literary world by her uncle Andrew, who was the first to translate The Odyssey into English. 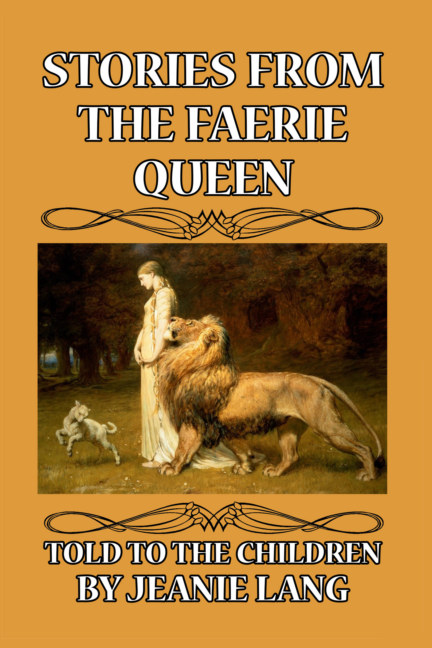