37 Views by The Editor

By C. E. Smith.  A knowledge of great European cultural works is vital for any well-rounded classical education, and the anti-European bias of many present-day educational curricula has led to the deliberate downplaying of great works of art such as Richard Wagner’s wonderful operas.

Although this work was originally designed for younger readers, older persons seeking an introduction to Wagner’s tales will find it equally readable and compelling.

It tells the storyline of three of his most famous works: The Flying Dutchman, Lohengrin, andThe Mastersingers of Nuremberg, in easy-to-read format.  Once familiar with the plot, viewing the actual opera becomes immeasurably more pleasurable, and opens up a greater understanding of the dynamics of Wagnerian themes, motifs, and their underlying meaning.

Lohengrin was first performed in 1850, and is based on a number of medieval German romances. Its fame has become so well-ingrained into western consciousness that its Bridal Chorus, better known as “Here Comes the Bride”, is still played as a processional at weddings.

Die Meistersinger von Nürnberg (“The Master-Singers of Nuremberg”) was first performed in 1868, and is one of the longest operas ever written, with an average performance taking around four and a half hours. The story revolves around the real-life guild of Meistersinger (Master Singers), an association of amateur poets and musicians and provides an unparalleled insight into life in the ancient and beautiful medieval city of Nuremberg. It is Wagner’s only comedy, and also the only one which did not use supernatural elements in its storytelling.

The Flying Dutchman was first performed in 1843 and is an adaptation of the older European legend of a ghost ship that can never make port and is doomed to sail the oceans forever. The ghostly crew interact with live people with unexpected consequences and Wagner was inspired to write it after a perilous sea-journey of his own in which his shop was nearly sunk.

Completely reset and hand-edited with all the original illustrations. 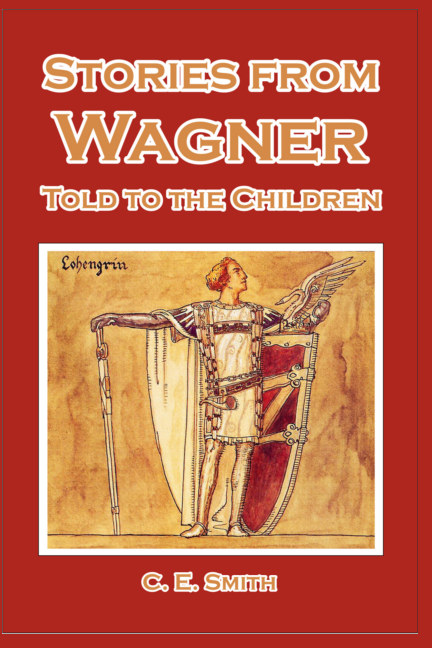