By H.E. Marshall. Originally written for a younger audience, this wonderful retelling of the Old English heroic epic poem Beowulf by master storyteller H.E. Marshall is one of the best introductions to this fine work of classic European mythology. It is without question one of the most important works of Anglo-Saxon literature.

Set in Scandinavia, this epic tells the story of Beowulf, a hero of the Geats in Scandinavia, who comes to help Hroðgar, the king of the Danes, whose mead hall is under attack by a monster known as Grendel.

Beowulf slays Grendel, but the monster’s mother then also attacks the mead hall in revenge. After another great battle, Beowulf defeats the second monster, and returns home in great glory and becomes king of the Geats.

Later in his reign, Beowulf is called upon to battle a dragon. Although he defeats the beast, he is fatally wounded in the struggle, and dies. His people bury the great king in a burial mound in Geatland, and his name passes into legend.

H.E. Marshall’s clear and concise style make her works easy reading not just for young people, but for all ages, and her books have stood the test of time to become great classics. Her version of Beowulf is no exception.

About the author: Henrietta Elizabeth Marshall (1867–1941) was a British author, particularly well known for her works of popular national history for children. She was born in Scotland, and travelled extensively, writing on historical topics close to her heart. Her works include Scotland’s Story: A History of Scotland for Boys and Girls (1906), Beowulf: Translations (1908), Our Empire Story (1908), English Literature for Boys and Girls (1909), A History of France (1912),A History of Germany (1917), This Country of Ours (1917), and Kings and Things (1937). 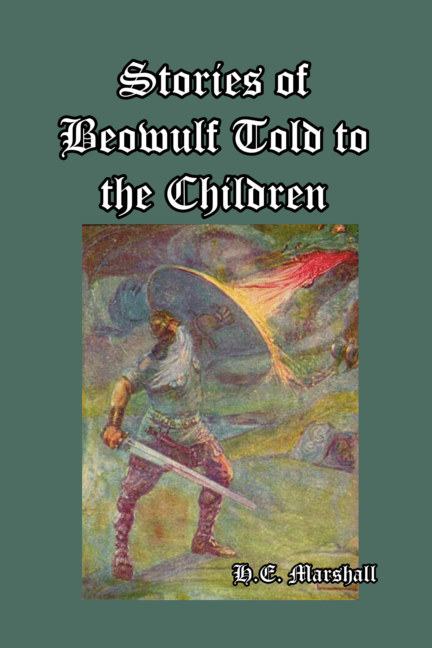