48 Views by The Editor

Set in the time of the first Swiss Confederacy, Tell’s story runs alongside that of the struggle for independence waged against the Holy Roman Empire by the Alpine nation.

According to the legend, Gessler, a newly-appointed Austrian ruler of two local regions, caused his hat to be placed on a raised a pole in the central square of a village, and ordered that all the townsfolk bow before it. When Tell refused to bow to the hat, Gessler ordered Tell’s son to be seized. The tyrannical ruler then demanded that Tell shoot an apple off his son’s head or both of them would be executed. Tell took the shot, and succeeded… From there, numerous incidents took place which led to the assassination of Gessler, an act that sparked the Swiss rebellion.

There is no real evidence that William Tell actually existed or that the events recounted in the legend really took place. Marshall addresses it this way in her introduction:

“Yet some people say that William Tell never lived. Let them visit the Rütli, Tell’s Platte, the Hollow Way, and let them ask themselves whether Tell lives in the hearts of his countrymen or not.”

Chapter I: How Gessler and Landenberg Came to Rule in Switzerland

Chapter II: The Story of Arnold of Melchthal

Chapter III: The Story of Gessler and Stauffacher

Chapter IV: How the Cap of Austria Was Set Up

Chapter V: The Meeting of the Three Patriots

Chapter VI: The Gathering on the Rütli

Chapter XII: How the Emperor Albrecht Met His Death

Chapter XIII: The Battle of Morgarten

About the author: Henrietta Elizabeth Marshall (1867–1941) was a British author, particularly well known for her works of popular national history for children. She was born in Scotland, and travelled extensively, writing on historical topics close to her heart. Her works include Scotland’s Story: A History of Scotland for Boys and Girls (1906), Beowulf: Translations (1908), Our Empire Story (1908), English Literature for Boys and Girls (1909), A History of France (1912), A History of Germany (1917), This Country of Ours (1917), and Kings and Things (1937). 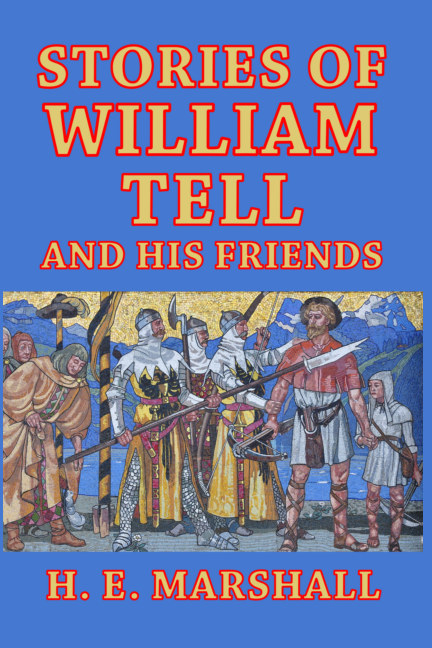 Stories of William Tell and His Friends