By Eleanor Hull. The Boys’ Cuchulain: Heroic Legends of Ireland is a perfect introduction for those wishing to gain a knowledge and understanding of the legends around the Irish mythological hero Cuchulain, the ‘ancient defender of Ireland’ and that nation’s greatest warrior, as contained in the myths of the Ulster Cycle.

The son of the god Lugh and Deichtine (sister of the equally legendary Irish king Conchobar mac Nessa), Cuchulain gained his name as a child after he killed the blacksmith Culann’s fierce guard-dog in self-defence and offered to take its place until a replacement could be reared. For this he was renamed Cú Chulainn — “Culann’s hound.”

The tale then follows the rest of Cuchulain’s life, telling of his great deeds such as the time when as a youngster he single-handedly defended Ulster against the armies of Queen Meave of Connacht, of how he was sent on a training mission to Alba (Scotland), his deadly  Gáe Bolga, also known as the “Bellows Spear”, the fairy swan maidens, and of his great tragedies such as the time he slew his own son, Conla.

The Ulster Cycle is a series of tales revolving around the heroes of the kingdom of Ulster in the early first century AD, and one of them, the Táin Bó Cúailnge (Cattle Raid of Cooley) is the oldest vernacular tale in western Europe.

Woven into these magical stories are hints at real persons and events, so that the legend of Cuchulain came to be a major part of Irish folklore and history.

Although originally geared at younger readers, the text is eminently readable by adults as well, and is possibly one of the best overviews of this wonderful tale.

How Conor Became King of Ulster

Queen Meave and the Woman-Seer

The Boy Corps of King Conor

How Cuchulain Got His Name

Of Cuchulain’s First Feats of Championship

How Cuchulain Wooed His Wife

The Plucking Out of the Four-Pronged Pole

The Deer of Ill-Luck

The Fight with Spits of Holly-Wood

The Combat with Ferdia

The Fall of Ferdia

The End of the Boy-Corps

The “Rising Out of Ulster”

The Humbling of Queen Meave

How Cuchulain Went to Fairyland

The Upbringing of Deirdre

The Wiles of King Conor

The Sorrowful Death of Usna’s Sons

The Fight of Cuchulain with His Son Conla

The Hound at Bay

About the author: Eleanor Henrietta Hull (1860–1935) was a writer, journalist and scholar of Old Irish. She was born in England but educated at Alexandra College, Dublin, where she majored in Irish Studies. In 1899 she was co-founder of the Irish Texts Society for the publication of early manuscripts, and remained that body’s honorary secretary for nearly thirty years. She was also president of the Irish Literary Society, and produced a large number of works on Irish mythology and the history of Ireland and her people. 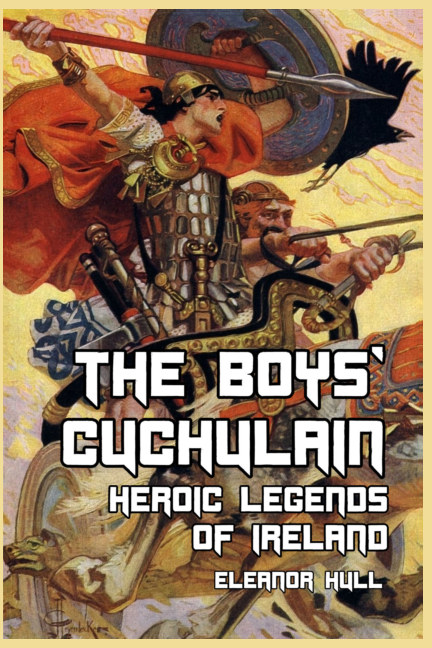